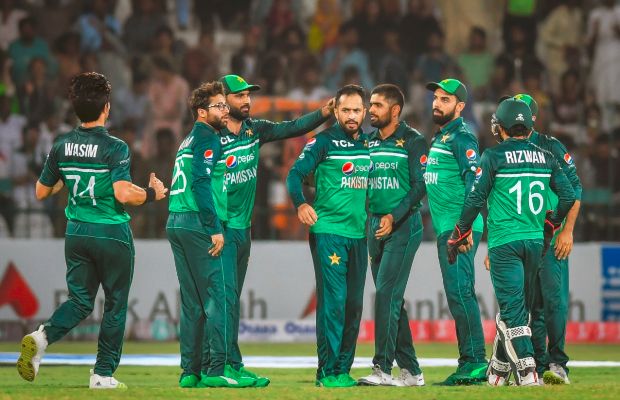 In the second match of the three-ODIs, the host showed no mercy towards the visiting side at the Multan Stadium on Friday.

Pakistan team hasn’t lost a series against West Indies since 1991.

The victory lifted Pakistan from the pre-series 10th position to the fourth spot.

Pakistan team is now at 80 equal points with the West Indies but is placed ahead of the two-time former world champions on net run rate.

Pakistan had won the toss and elected to bat first.

Fakhar Zaman suffered his second successive failure when he was dismissed on 17 off 28-balls.

However, Imam-ul-Haq and Babar Azam stitched a brilliant 120-run second-wicket partnership that cornerstone of Pakistan’s 275 for eight.

This was Imam’s sixth consecutive half-century.

Babar Azam was on course for a fourth successive century but unfortunately, he got beaten in the flight off Akeal Hosein and was caught and bowled by the left-arm spinner.

Babar scored a 93-ball 77, including five fours and a six.

tweet
Share on FacebookShare on TwitterShare on PinterestShare on Reddit
Saman SiddiquiJune 11, 2022
the authorSaman Siddiqui
Saman Siddiqui, A freelance journalist with a Master’s Degree in Mass Communication and MS in Peace and Conflict Studies. Associated with the media industry since 2006. Experience in various capacities including Program Host, Researcher, News Producer, Documentary Making, Voice Over, Content Writing Copy Editing, and Blogging, and currently associated with OyeYeah since 2018, working as an Editor.
All posts bySaman Siddiqui