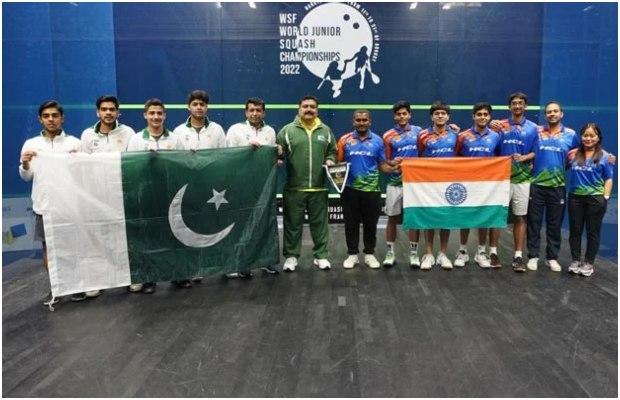 Pakistan beats India to qualify for the semi-final of the World Junior Team Squash Championship.

Pakistan beat India 2-0 in the quarter-final on Friday.

Pakistan’s Hamza Khan and Noor Zaman defeated their Indian opponents in their respective singles to help their country knock the arch-rival India out.

They will meet their Egyptian opponents in the semi-final.

Hamza Khan after facing some resistance from Arnaav Sareen, worked hard for 47 minutes to win the tie by three games to two.

They will now play the top seed side of Egypt in the semi-final on Saturday which will start at 3:00 pm.