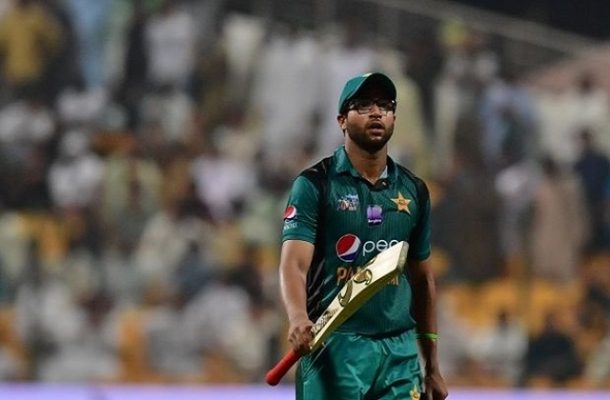 Mickey Arthur after that mood sapping loss to India in the Champions Trophy called it an aberration. He didn’t have a fanciful adjective to define the slumber inducing performance against West Indies. May be he saw it coming. Pakistan’s standards have been dropping for a while. Ever since Sarfaraz uttered those ill-advised remarks towards Andile Phehlukwayo, the team has slipping towards mediocrity. The batting has been lacking intensity, the bowling has abject and the fielding standards so painfully raised were going back to the pre Mickey era.

So this is rock-bottom. There isn’t a level lower from here. Perhaps it isn’t time to contemplate how the team ended up here. Rather, if we could focus on how we got from 9th to 6th in the ODI ranking or what has taken us to the summit of T20I rankings. Barring Faheem Ashraf, this is the same team which has been able to bring results. But it has been runs from Fakhar Zaman, Imam ul Haq, & Babar Azam which have made a difference. Especially in the ODI series against England, in which Pakistan were competitive and could have edged at least two games. Pakistan had broken the malaise and finally batting with some faith and intent.

The biggest casualty of that 105 all out could that intent. We are back to playing Hafeez at 4 and Malik at 5, who ‘milk’ the spinners for 4 an over and Pakistan stumble to 260. England, in this period also have faced similar scores. As recently as March, they were shot out for around 110, against the same West Indian attack. They didn’t let go of their intent. Pakistani team management has to ensure that this is the message that resonates in the dressing room and beyond. The aim shouldn’t be 260.

On the day, we could have been more circumspect after we had lost our top 3. Especially the way Babar got out after he had been dropped, showed a lack of match awareness. But it does show that the message was to try and put pressure back on the bowling.

That is how Pakistan will succeed in this World Cup. By allowing batsmen to fail in search of quick runs. Even if that means playing an all-rounder less. Bowling is always more likely to find their mojo even in adversity. Batsmen on the other hand, buckle under pressure and go in their shell i.e. play for the positions. That is precisely how this rut started; batsmen playing for their positions.