Nature had other plans of its own for the arch rivals 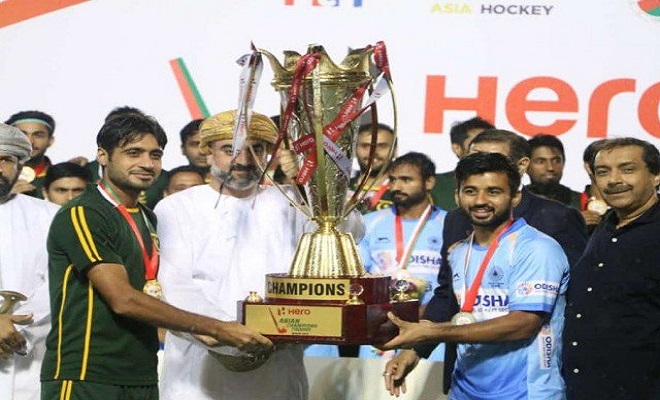 Although India and Pakistan still might not be on friendly terms, fate often brings the two together, at times, face to face with each other. This time, keeping opponent hostility aside, both teams from India and Pakistan had to lift the Asian Champions Trophy together for the hockey championship going on.

Both teams, were poised to play the final, which was washed by heavy rains in Muscat resulting in both teams winning the title.

Pakistan beat Oman, Malaysia and South Korea, while Japan held them to a 1-1 draw. The green team’s only loss was against India, where they lost 3-1.

India, on the other hand, won four and drew one match before beating Japan 3-2 in their semi-final.

The final match was called a draw because of heavy rainfall in Muscat.