Pakistan knocked out of the Hockey World Cup 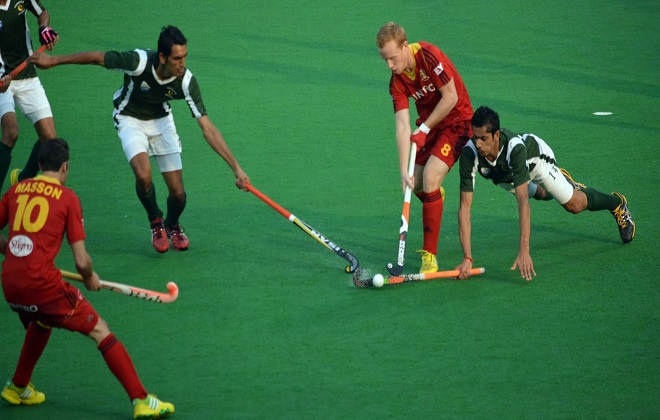 After a promising start, Pakistan’s World Cup campaign has ended on a sombre note after a 5-0 loss against Belgium in the cross over match. Belgium moved to the quarter final round after the win.

Pakistan’s defence was particularly strong in the initial 2 games and withstood Dutch pressure for about half of their 3rd game. However, 9 goals have been conceded in about 3 halves against Netherlands and Belgium.

In the game against Belgium, Alexander Hendrickx kicked off the scoring in the 10 minute with a penalty corner. Thomas Briels took it to 2-0 with a field goal in the 13th minute. While, Cedric Charlier made it 3-0 in the 27th minute.

Sébastien Dockier, added another in the 35th minute. While, the final goal came through a penalty corner converted by Tom Boon converted a penalty stroke.

Earlier, Pakistan lost narrowly to Germany and drew with Malaysia. However, heavy losses against Netherland and Belgium displayed our standing against quality opposition. Some might question the fitness of our players as their performances worsened as the tournament progressed.

Belgium will play Germany in the quarter-finals.