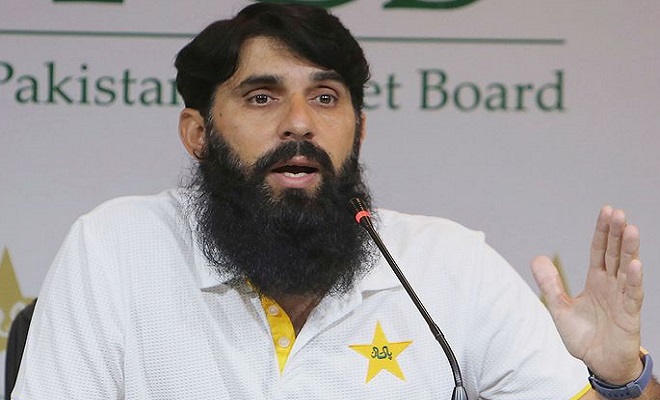 Having had a day or so to contemplate things, it wasn’t a surprise that Pakistani batting capitulated on Saturday. In bowling and fielding, things were ordinary to a large degree. Especially, Shadab took a fair bit of tap.  On an increasingly slow and low wicket, Pakistan’s best chance was to get off to a brisk start.

Who can help provide that? Well, certainly not the guy who strikes at 115 in T20Is. So, the only individual who has shown the ability to bat and finish games was now told to go big from the start. He started off well enough before, an excellent catch by the keeper put a stop to his innings and perhaps Pakistan’s chances. Pakistan’s team was a one batsman team on Saturday.

Ahmed Shehzad and Umar Akmal were making a comeback. We have seen them dug a hole by playing dots in T20Is, case in point WorldT20 2016 against New Zealand. Yet, when Shehzad fell, Akmal was sent it. Missing a middle stump half volley wasn’t in the script. In came out of form and under pressure Sarfaraz. Too much has been said about the captain. That noise and the lack of runs is weighing on him. Iftikhar was playing his second game. Asif Ali has been in and out of the side and is simply not good enough to play long innings with consistency.  All of it literally was on Babar Azam’s shoulders.

Why and how have Pakistan gone from the likes of Fakhar Zaman, Hussain Talat, Imam ul Haq, and Haris Sohail to Ahmed Shehzad, Umar Akmal, at the top of the order is simply astounding. Sarfaraz’s performance is diluting his voice in selection matters. Mickey didn’t want Akmal and that is what happened. Misbah is chief selector too, so he can pick the 15. However, to select him in the 11, some blame must go to Sarfaraz, for not speaking up at the very least. How much of it is down to his own lack of performance?

After Mickey took over, both him and Sarfaraz shed the deadwood quickly. They faced hiccups in Sharjeel Khan, Khalid Latif’s suspensions and Ruman Raees’s injury. Yet they looked forward and made progressive decisions. Misbah in his press conference complained that the hue and cry is based on hypocrisy because people wanted us to experiment. But there is a huge difference in experimenting with new players and simply recycling players for little rhyme or reason.