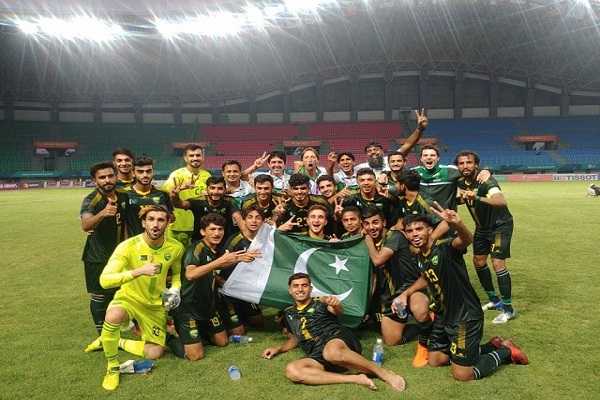 Pakistan sealed a 2-1 win over Nepal in Asian games Group D football match. This is a historic win for the men in green as their last victory in Asian Games came 44 years ago when they had beaten Bahrain 5-1 in 1974. This win however, is likely to be only a consolation as Pakistan had lost their 1st two games in the group. Multiple results have to go Pakistan’s way to allow passage to the next stage as the best 3rd ranked team in the group stage.

The match also didn’t start as Pakistan would have planned. Shahbaz Younas, scored an own goal to put Nepal in front 11 minutes in the game. Nepal kept the lead till the 55th minutes when Muhammad Bilal equalized. In the 72nd minute, Pakistan were given a penalty as Nepalese defender had handled an aerial play. Saddam Hussain scored from the spot and Pakistan become the match winners.

However, given the torrid time football and footballers have seen in recent times, this victory will mean a lot to everyone involved.