His untimely demise brings curtains to the golden era of Pakistan Hockey. 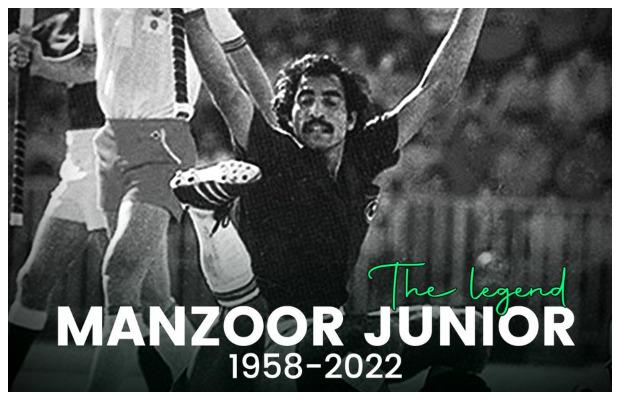 Olympian Manzoor Hussain, known as Manzoor Jr., passed away in Lahore on Monday.

As reported, he suffered a heart attack this morning after which he was rushed to a local hospital but could not survive.

His son Faisal Manzoor confirmed the sad news of his demise.

According to doctors, Manzoor Jr. was given 3 stents.

Legendary Olympian Manzoor Jr is survived by 3 sons and a daughter.

Olympian Manzoor Hussain was the celebrated field hockey player of his time and was awarded the title of Golden Player. The hockey world still recognizes him as the hero of the 1982 World Cup final.

His contributions to the field of Hockey can never be forgotten and his untimely demise brings curtains to the golden era of Pakistan Hockey.

Under the leadership of Manzoor Hussain Jr., Pakistan won the only Junior World Cup in 1979.

He represented the national team and won the goal medal at the 1984 Los Angeles Olympics.

He also captained the national hockey team at the Los Angeles Olympics.

Manzoor Jr. was also part of the 1978 and 1982 winning national hockey teams.

He also awarded the Presidential Medal for Excellence in 1984.

Condolences and tributed pour in on social media: