#PakvsAfg: Rashid Khan calls on fans of both teams to behave at tonight’s key clash

Winner of tonight's match will move to semifinals of the ICC T20 World Cup. 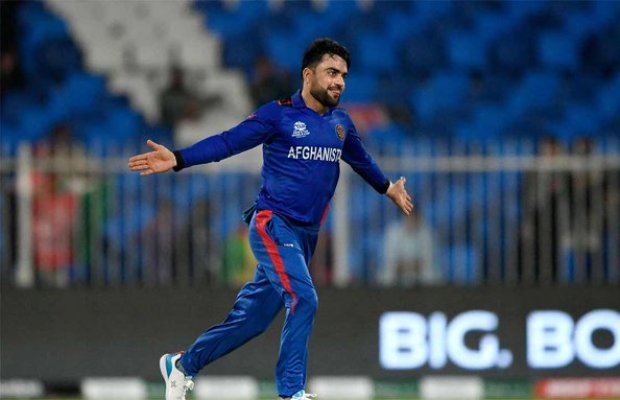 Rashid Khan calls on fans of both teams to behave ahead of tonight’s clash!

Both Pakistan and Afghanistan teams are so far undefeated in their group, the winner of tonight’s match at Dubai International Cricket Stadium will be heading into the semi-finals of the ICC T20 World Cup.

Being weekend in Dubai, a massive crowd is expected as there is a huge expatriate population of both nations who live and work in the Gulf.

Cricket fans remember how cricket fans had behaved at the 2019 Leads’ Pakistan and Afghanistan match.

Afghanistan’s star spinner Rashid played in that 50-over World Cup game at a packed Headingley in Leeds in 2019 has urged the fans to behave.

“Definitely it’s always a good game against Pakistan, but this should remain as a game,” Rashid said on Thursday.

“I request all the fans to stay cool and calm and just enjoy the game. What happened in the 2019 match should not have happened.”

tweet
Share on FacebookShare on TwitterShare on PinterestShare on Reddit
Saman SiddiquiOctober 29, 2021
the authorSaman Siddiqui
Saman Siddiqui, A freelance journalist with a Master’s Degree in Mass Communication and MS in Peace and Conflict Studies. Associated with the media industry since 2006. Experience in various capacities including Program Host, Researcher, News Producer, Documentary Making, Voice Over, Content Writing Copy Editing, and Blogging, and currently associated with OyeYeah since 2018, working as an Editor.
All posts bySaman Siddiqui