Pakistan has become the first team to win 18 T20I matches in a year! 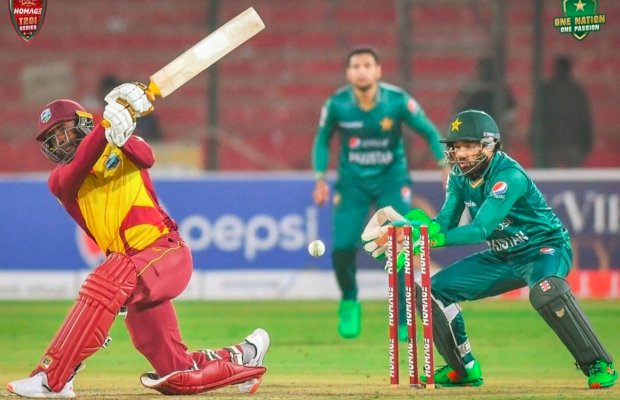 Pakistan beat West Indies by 63 runs in the first match of a three-match T20I series to take a 1-0 lead in the series on Monday at the National Stadium Karachi.

The visiting team won the toss and elected to field first. Playing first, Pakistan scored 200 runs in the 20 overs. In reply, West Indies could only put 137 runs on the scoreboard.

Pakistan captain Babar Azam had already caught the wicketkeeper off Aqeel Hussain’s ball without scoring a run in the over. Fakhr Zaman came to play after Babar Azam’s dismissal but he too could not perform well and was caught by Shepherd’s ball for only 10 runs.

Muhammad Rizwan and Haider Ali shared 105 runs for the third wicket. The excellent partnership was broken when Mohammad Rizwan was bowled out after scoring 78 runs.

Following the victory, Pakistan has become the first team to win 18 T20I matches in a year!

The Green Shirts have won 18 out of the 27 matches they played in 2021, with three ending in no result against one team — West Indies.