With two World T20 events coming up, is this the right choice? 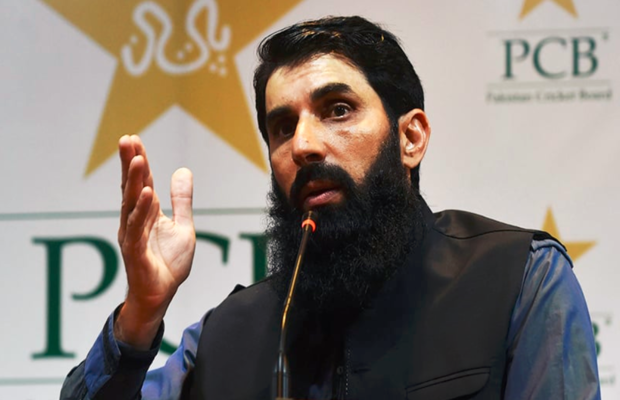 Waqar Younus is part of the coaching set-up, Misbah is at the helm, a stoic batsman is likely to become test captain and Faisal Iqbal is protesting against alleged biased. 2010, is that you? Misbah ul Haq’s appointment as all in one solution for the ills of Pakistan cricket is garnering mixed reactions. Considering how Misbah divides opinions this was very much expected.

The press had got the wind of it for at least a month now. Waqar Younus’s selection as bowling coach was also a foregone conclusion. The Naya PCB under its patron Imran Khan has always at least talked about setting up systems rather than making personality-based decisions. With these appointments, they have backpedalled on all these claims.

There are strong reports that Prime Minister Imran Khan had selected Misbah ul Haq to lead Pakistan cricket forward. To accommodate his request, a charade was organized. This decision reeks of all kinds of conflict of interest. PCB Managing Director, Wasim Khan was keen to point out that they are trying to bring in a culture of accountability and innovation. By any measures, the coach appointment process was neither transparent nor innovative. But, we are where we are.

There have been few better model professionals than Misbah in Pakistan Cricket. He understands the local set up and has been involved with not only PSL but also domestic cricket. His temperament and knowledge are indubitable. Yet, one can question what experience he has as a coach. In the age of specialized coaching, what does he offer?

Wasim Khan stressed that we only have 42 days of international cricket in the next 12 months. But in the next year or so we have two World T20s. Is Misbah the best available option as a T20s coach? Even during the press conference, the former captain was adamant that if a player can play test cricket, he can continue that form in at least ODI cricket. That is not how it has panned out with Asad Shafiq and Azhar Ali, at least. There is the talk of Azhar taking back his ODI retirement. Would that be a positive step? In 2015, Azhar was appointed captain on the recommendation of Misbah and Waqar. Are we going back to that age in terms of our white-ball cricket?

This is a gamble taken by the board. By basically giving him three different roles, they are putting all eggs in one basket. While the new selection committee set up sounds like a good idea, how things pan out will be interesting to see. Perhaps, in the evaluation process of the outgoing coach, this came as a point of conflict. Inzamam ul Haq is very much his own man, and perhaps Mickey Arthur and Sarfaraz Ahmed felt under pressure. This is an attempt to fill that gap.

Again, it very much looks like a risk. There is no doubting the credibility of Misbah ul Haq. But is he prepared for this role? As far as international coaching goes, he is very much wet behind the ears. He doesn’t really have many friends in the media and in the past more often than not, he was blamed for all Pakistan Cricket’s ills. It won’t take long before he is in the firing line again.