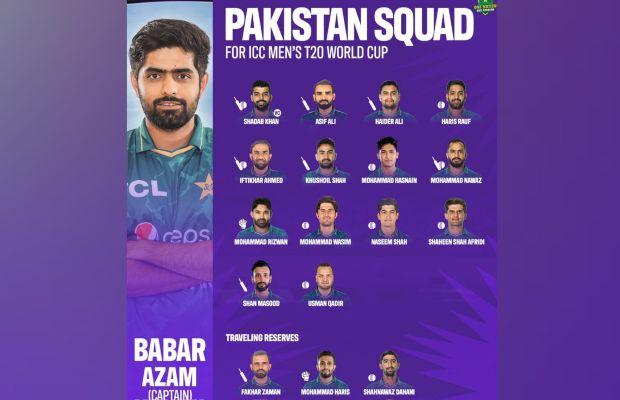 Shan Masood makes the cut to the playing eleven while the underperforming Fakhar Zaman has been excluded.

Meanwhile, Khushdil Shah, Iftikhar Ahmed, and Asif Ali, who also failed to not make a splash in the Asia Cup, have been retained in the squad.

Pakistan’s pace spearheads Shaheen Shah Afridi and bowler Mohammad Wasim junior, both of whom skipped the Asia Cup 2022 due to injuries, have returned to the squad.

And still, there was no room for former skipper Sarfaraz Ahmed in the national T20 team.

While the travel reserves include:

The World Cup will be played in Australia from October 16 to November 13.