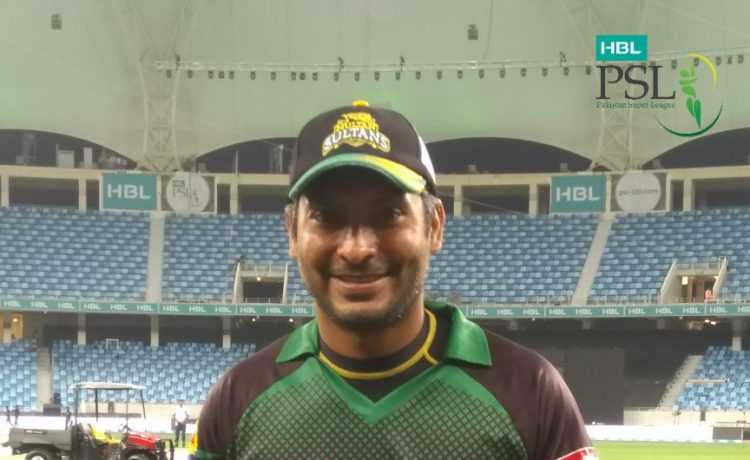 1st ball of PSL 3 was bowled by Sohail Tanvir. It jagged back considerably from a good length to hit Tamim Iqbal, on the pads. It was on the higher side, may be a little towards the leg side. It was a sign for things to come at least for the power play period. Kamran Akmal fell to extra bounce, Tamim Iqbal took a risk with flooring run rate. Mohammad Hafeez and Dwayne Smith, laboured through those overs too. Multan Sultan, were a bit lucky yesterday. They encountered a pitch with live grass in UAE. That is rare, like really rare.

But you can only take advantage of luck being on your side, when you have the tools available. Wasim Akram and Tom Moody have picked a side with a focus on specialists, especially on the bowling front. So yesterday, they had 4 top class fast men, who could take advantage of the pitch. Mohammad Irfan, Sohail Tanvir, Junaid Khan can bowl attack and defend as per situation. They can get the ball to swing and bounce, if conditions permit. And they did to strangle Zalmis. It were fireworks by Sammy by the end which took them to 150 odd.

On the other hand, Zalmis were restricted due to their team selection and injuries. Their best fast bowler Hasan Ali, is out. To fill his gap, they had to pick Chris Jordan, who is an excellent death bowler but not a wicket taker up front. This resulted in dropping Dwayne Bravo, and playing Hammad Azam. His and Darran Sammy’s overs were perhaps the difference between the two sides. Hammad went for 33 in 3.1 overs while Sammy’s solitary over went for 12. Had Hasan Ali and Bravo been available, it would have been much easier to manage to 4 overs between Hammad Azam, Darren Sammy and Ibtisam Sheikh.

Read More :  Multan Sultans pens ecommerce deal with Alliancez Inc
Peshawar will hope Hasan Ali recovers soon. While, Multan will would like to keep carry this pitch in their pockets for the rest of the tournament.
tweet
Share on FacebookShare on TwitterShare on PinterestShare on Reddit
Asjad KhanFebruary 23, 2018
the authorAsjad Khan
All posts byAsjad Khan