A ban on departmental sports was imposed by his predecessor Imran Khan. 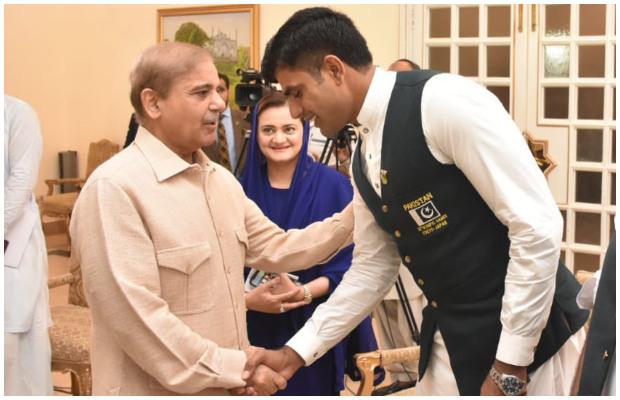 The directions were given by the PM during a ceremony at the Prime Minister’s House to honour the athletes who won medals in the Commonwealth and Islamic Solidarity Games.

Prime minister Shehbaz Sharif met the athletes and handed over cheques to the players who won medals for the country.

Speaking during the ceremony, p premier appreciated the athletes for their performances and said that the players made Pakistan proud.

“The nation is proud of you and your performance will motivate the young athletes,” he said.

Honoured to host our players & athletes who made the country proud by winning various medals in the Commonwealth Games. Their hard work & devotion was exemplary. Today I also announced the revival of the departmental sports, which was a long-standing demand. pic.twitter.com/mPDmzCU04a