“After careful deliberation, I have decided to retire from international cricket,” Pollard said. 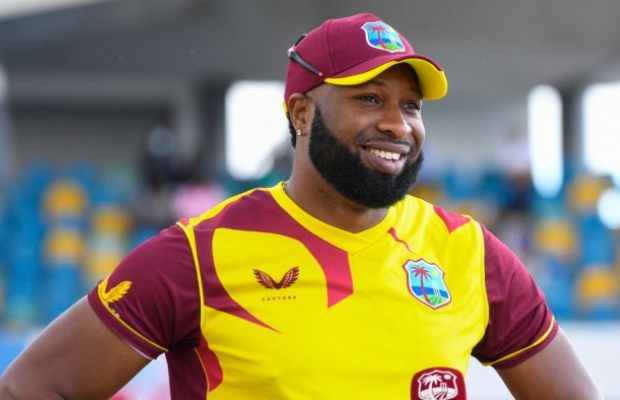 Kieron Pollard, the legendary West Indies all-rounder after representing his team in 222 matches, decided to hang up his international spikes.

The 34-year-old cricketer announced his retirement from international cricket on Wednesday.

“After careful deliberation, I have today decided to retire from international cricket,” Pollard said.

“It was a dream of mine to represent the West Indies team from the time I was a boy of 10 years and I am proud to have represented West Indies cricket for over 15 years in both the T20I and ODI forms of the game.

“Wearing those maroon colours and playing alongside such greats has been a privilege that I never took lightly, giving my heart and soul in every facet of the game – whether bowling, batting, or fielding.

POLLARD BIDS FAREWELL TO INTERNATIONAL CRICKET.@windiescricket ❤️❤️.
PS… thank you @insignia_sports for putting this trip down memory lane together to support my statement. https://t.co/1E87uGw1rH

Pollard was appointed captain of both the ODI and T20 WI squads in 2019.

He has series wins over Australia and England the highlights during his tenure.

In his international career, Pollard scored 2706 runs and took 55 wickets in ODI cricket.

He has also picked up 42 wickets with his handy medium pace.

In March 2021 Pollard became only the third player in the history of the men’s international game to hit six sixes in a single over.