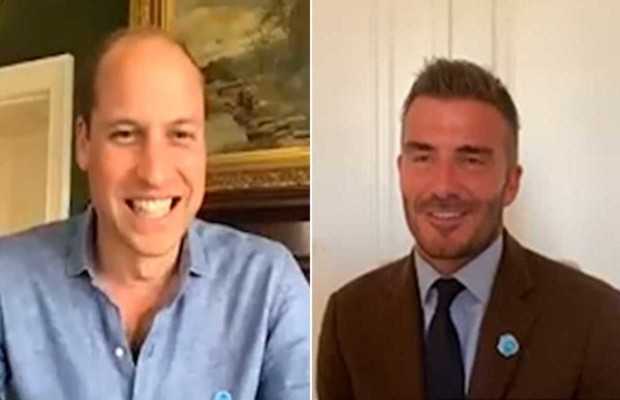 Prince William is quite known for his efforts to bring attention to the need for mental health resources and awareness in order to break the associated stigma. This time joining his hands for the cause was former star footballer David Beckham. The two collaborated for a video call in which other notable footballers also joined them to discuss the issue.

“As a leader, you try and be this person that’s always strong and always really positive, but the reality is sometimes you’re going to have a bit of a bad day. I think the way that you grow as a leader and [create] the environment for people to open up is if you show that little bit of vulnerability – maybe one day you do have a bad day, you’re a bit down or you’ve maybe not played as well as you possibly can, it’s ok to show that,” said Steph Houghton, England and Manchester City player.

“Sharing his experience, former captain of England team Beckham said, I made a mistake in ‘98 and the reaction at the time was pretty brutal…If social media was around when I was going through that time, it would have been a whole different story,” said Beckham.

“But I was lucky, I had a support system within Manchester United, the manager and obviously family. But did I feel it was okay at the time to go to someone and say I need help? No, because it was a different era, and I just felt that I had to keep it all in and deal with it myself. Whereas now, I’m the one preaching to my kids and to other kids that I talk to out there that it’s really important to talk,” he continued.

While adding, “We all know now that it’s okay not to be okay, and it’s ok to say that. It’s okay to come out and say I need help.”

Towards the end of the video call, Prince William thanked the athletes for joining the video call which was set up under the Mentally Healthy Football Declaration program.

“I really hope that you guys feel that the tide is turning on mental health and we are making progress,” the Duke of Cambridge said.