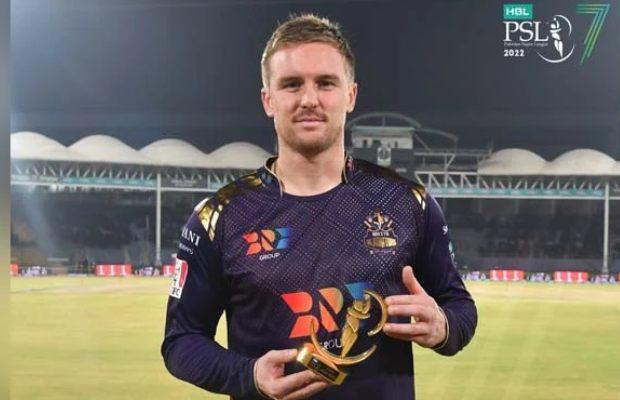 Quetta Gladiators’ Jason Roy has been fined for breach of the Pakistan Super League (PSL) Code of Conduct!

As being reported, Jason Roy has been fined five percent of his match fee for a Level 1 breach of the PSL Code of Conduct during the match against Lahore Qalandars in the 20th match of the PSL 2022 at the Gaddafi Stadium on Sunday.

His side faced an eight-wicket defeat against LQ.

QG’s player Roy was found to have violated Article 2.21 of the PSL Code of Conduct for Players and Player Support Personnel following his reaction after he was adjudged caught behind by Asif Yaqoob off Shaheen Shah Afridi.

Roy admitted the offence and accepted the sanction proposed to be imposed by Roshan Mahanama and, as such, there was no need for a formal hearing.

The violated code relates to “conduct that brings the game into disrepute.”