Backs Sarfraz to captain the side in the World Cup 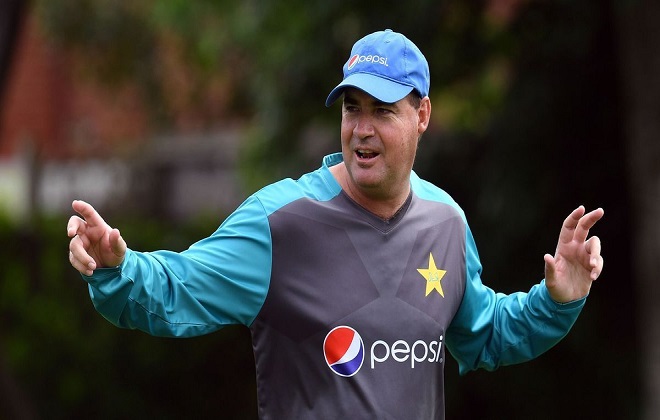 “Inzi and I have been on the same page for a long while here. And I’m going to be honest because I’ve told the boys in the dressing room the same thing the other night. I think we’ve got probably 19 players for 15 positions. PSL always throws up one or two good individual performers, so we are going to have a look at some of our borderline players, the guys that we are not sure about. We have to look at them during the Australian series and then we will make our minds up leading into England, obviously we will be taking 15 there. The key is players get clarity in terms of their roles and role clarity is particularly important,” said Mickey.

The door remains ajar for PSL performers. Especially, the lower order hitter remains elusive for Pakistan. Neither Faheem Ashraf nor Asif Ali have made the spot their own. It perhaps gives hope to a new comer or even someone like Umer Akmal (yes, I went there). Karachi King’s new all-rounder Aamir Yamin, who perhaps has been a bit unlucky with selection would also like to stake a claim. There may be a space for a middle order batsman considering Rizwan’s subdued performance in the 5 games he played in the UAE.

With the ball, in the Champions Trophy 2017, we saw Pakistani pace attack find reverse swing and they simply chocked the oppositions to submission. However, if the weather and ground conditions doesn’t allow reverse swing, Mickey wants to have another plan.

“The other thing that’s important for us is having an option with two game plans. I’m saying two game plans because the weather in England at any given time is very unpredictable, so we need an option where we have our spinners, who are able to suffocate through the middle [overs] because the key for us to win one-day games is about taking wickets through that middle period. Either we do that with two spinners or little bit of reverse-swing if the weather stays dry, or if the weather is wet over that period of time there we have to have an option of a seam-bowling allrounder who can come in and bat at No. 7 for us. So we’re very close, we’ve covered all our bases in terms of our personnel at the moment,” he added.

The South African once again reaffirmed that the pivotal trio of Pakistan cricket chief selector, Inzamam ul Haq, Captain Sarfraz Ahmed and he remain on the same page and they are happy with how the team is progressing. Sarfraz’s form has been patchy but in his primary role as a keeper he has excelled.

For us fans, we would like to see Pakistan peak at the right time. In doing so, if we can discover a player or two with the PSL, it will be fun. Did we ever plan for Fakhar Zaman taking the opposition apart in those CT matches?