Lahore Qalandars are out of the HBL PSL season six. 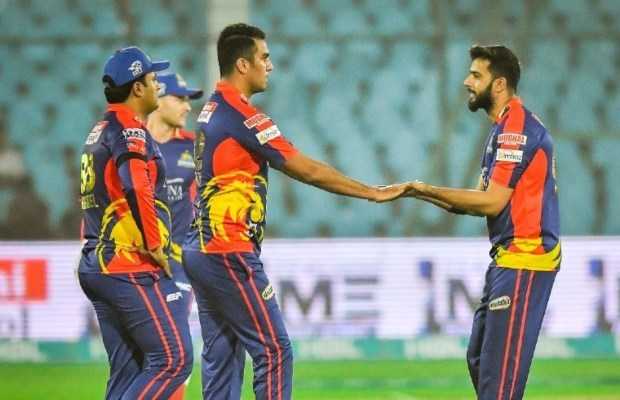 Karachi Kings have qualified for the HBL PSL 6 playoffs after registering a 14-run win over Quetta Gladiators on Saturday.

The Kings got their breakthrough in the last ball of the fifth over, with Mohammad Ilyas dismissing Saim Ayub (19).

Saim Ayub had given an ideal start to the innings as he dispatched Imad Wasim for two sixes before hitting Amir for a boundary straight down the ground.

A blinder of a knock of 45 from 13 balls, by KK’s allrounder Danish Aziz made the difference tonight.

This victory of KK means that Lahore Qalandars have crashed out of the tournament, joining in the last-placed Quetta Gladiators on the sidelines.

tweet
Share on FacebookShare on TwitterShare on PinterestShare on Reddit
Saman SiddiquiJune 19, 2021
the authorSaman Siddiqui
Saman Siddiqui, A freelance journalist with a Master’s Degree in Mass Communication and MS in Peace and Conflict Studies. Associated with the media industry since 2006. Experience in various capacities including Program Host, Researcher, News Producer, Documentary Making, Voice Over, Content Writing Copy Editing, and Blogging, and currently associated with OyeYeah since 2018, working as an Editor.
All posts bySaman Siddiqui