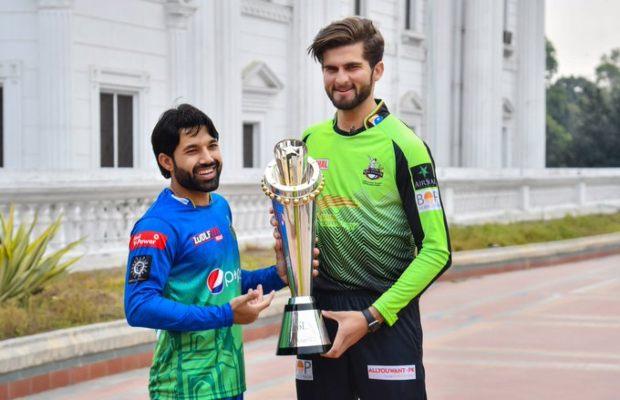 Battle of 2022 Pakistan Super League (PSL) crown to start in a few hours!

Multan Sultans have got a boost ahead of the final as their all-rounder Tim David has rejoined the camp.

Defending champs MS reached their second successive final with a 28-run win over Qalandars in the Qualifier on Wednesday.

Sultans have played like the champs throughout the PSL7 and also created a PSL record by winning nine out of 10 round matches and are in red-hot form making it into the final.

Lahore Qalandars will have put on their 100% efforts to seek their maiden PSL title as they were beaten by MS in qualifiers.

Shaheen-led Qalandars are the only team in the six-team league who have not won the PSL title. They lost to Karachi Kings in the only final they played in 2020.

LQ reached their second final in three years after a thrilling victory against Islamabad United on Friday evening.

Both the teams are now to lock horns in the final have been pretty impressive through the tournament and the best will be taking home the trophy tonight.

The Qalandars have in-form stars line Fakhar Zaman, Muhammad Hafeez, and Shaheen Shah Afridi while on the other hand Rizwan and opening partner Shan Masood are in outstanding performance.

On the other hand, Sultans have power hitters in Western Australian Tim David and former South African Rilee Rossouw.

MS also has the strongest attack with having Lahore-born former South African Imran Tahir, Shahnawaz Dahani, and Khushdil Shah who all have 16 wickets in the tournament.