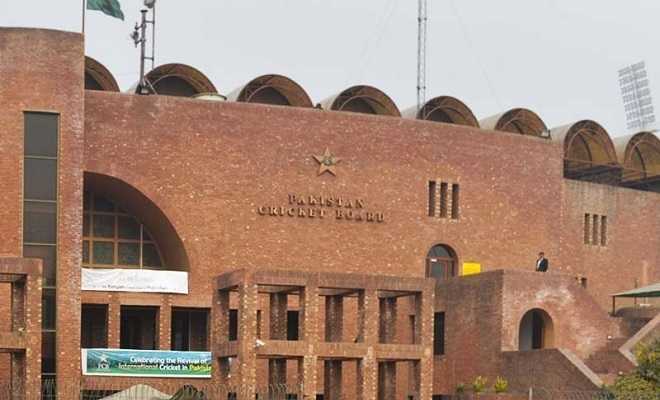 Pakistan Cricket Board and Pakistan Television Network signed a three-year deal granting the State TV exclusive rights to broadcast Pakistan’s international (men and women), domestic and age-based cricket. The deal is limited to just Pakistan and international as well as digital rights will be tendered later.

It’s the first time in 17 years that PTV has exclusive rights to broad Pakistan matches. With a FAQs, the PCB and Dr Nauman Niaz (PTV Sports) in interviews have tried to answer questions regarding this potentially path-breaking deal. Here is what we have learned.

Does this mean PTV will produce the matches as they usually do in the National T20?

To allay your fears straight away, no the quality of production would not be on the same level as National T20 of the past. PCB has retained the rights of production and they will hire a third party to produce the content as they do with the HBLPSL. PTV can partner with any other production company to take part in the bidding race.

Hence, in simple words, one can expect the quality to be on the same level as we have seen with Ten Sports (or improve) for International matches at least. As for the domestic matches, that really depends on how much the PCB is willing to spend. Given that the PCB Patron Imran Khan is adamant on the regional cricket model, and PCB has thus far failed to find any sponsors, it would be unfair to expect them to spend heavily in domestic cricket production.

There is also an understanding between the PCB and PTV about production enhancing capacity. It is said that human resource training and equipment upgrade hasn’t taken place since 2003. In this period, with the T20 revolution, broadcasting has grown in leaps and bounds as PTV stood stagnant. PCB will work with PTV to improve their capacity, convert PTV Sports from SD to HD broadcast format and convert from analogue to digital.

How much money will the PCB make via this deal?

The PCB claims that in total they will earn in excess of US$200 million in the three year period. Unlike previous deals, the broadcaster will not be paying the PCB a specific amount. Rather the PCB and PTV will share the revenue with the Board taking 57.55 and the broadcaster bagging 42.5%. Crucially, PCB is looking to generate money via two streams. One is the general advertising stream. For the 1st time in Pakistan, subscription money from PEMRA approved cable operators is also expected. For this purpose, the Cable Operators Association and I-Media have come on board. This would also help stop illegal streaming by unregistered cable operators. So the illegal streams we are used to seeing on “cable channels” would perhaps now stop largely.

There are many hurdles in the execution of the subscription model (distribution revenue). However, if a system is developed to open this stream it will greatly benefit not just cricket broadcast but also the entire broadcasting industry in Pakistan.

Why weren’t Ten Sports or other broadcasters given the chance to bid for rights?

Rather than going for open bidding, the PCB has opted to work in partnership with the State Broadcaster under Public Procurement Regulatory Authority rules. It was understood that given the situation due to Covid-19 crisis and a dip in the sport broadcasting revenues, an open bidding process will not fetch the PCB the desired deal. According to the statement released by the PCB, Ten Sports were only willing to pay around 6-million dollar per year for exclusive rights. This would be half of what they had paid in the last term. This dip is reflective of the general trend world over, even with Sky’s deal with the ECB expected to be much lower than the 1.1 billion dollar deal they had signed in their previous contract.

Will the PCB face legal challenges given that no other party has been given a chance to compete?

Perhaps they would, simply because that is the norm. Dr Nauman has stressed that any legal challenge would be on flimsy grounds. Given the fact that the deal is backed by the PTI government and also Asim Saleem Bajwa, it does seem like it has solid backing. However, our history does tell us that once the current power brokers are out of the picture, such deals are scrutinized by the next government. Given that GEO Super is one of the main potential competitors, things could unravel fast if the deal isn’t back by the government, whenever that may be.

What about digital and international rights?

Digital and international rights would be tendered at a later date. Digital rights would be a focus for the PCB as internet penetration in Pakistan has increased. Also as Somerset showed with the signing of Babar Azam and the number of Pakistan Cricketers on Youtube, there is an untapped market present.

What is the future of the programs like “Game on Hai”?

Game on Hai is perhaps PTV’s most popular program. The likes of Rashid Latif and Shoaib Akhtar are often scathing in their remarks towards the PCB. There are worries that now there has been a formal collaboration between the two institutes, either the program would be shut or the guests would be asked to tone down the criticism. We have already seen how BCCI has commentators on their payroll, who then help build a narrative.

However, Dr Nouman was quick to reassure fans that Game on Hai will continue in the same way. The contract allows “fair comment” on PCB. Who defines what is fair and what is unfair remains to be seen. There is a joint operational committee with equal representation from both sides and any disputes would be resolved via the committee.

In Pakistan, we do like to throw around the word game-changer. However, if the PCB, PTV, I-Media and Cable Operators Association can make this process work, it will certainly change the landscape of broadcasting in Pakistan. The IF, however, is a huge one.