The captain was due a knock and he delivered under supreme pressure. 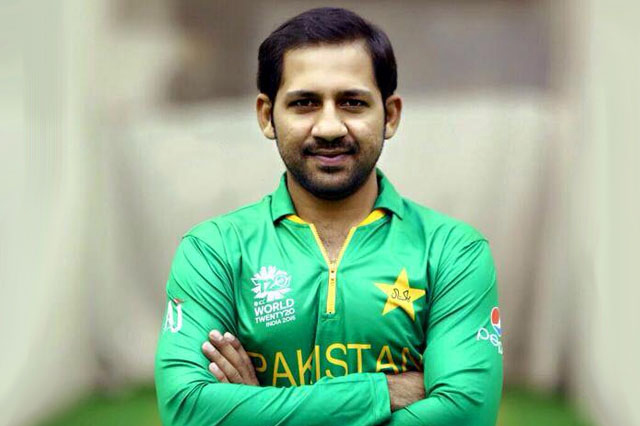 Along with Fakhar Zaman, captain Sarfraz has given Pakistan a strong platform

When the ball moves, it makes for interesting cricket. Be it seam, swing or spin, it becomes a contest between bat and ball. Today the ball moved off the wicket for spinners. There was some movement and bounce for the pacers as well. It made for an absorbing day of cricket. A proper matchup between a quality spinner and two competent batsmen. A team that lost 4 batsmen in six balls,  but still had the chance to score quick runs and come back in the game with a couple of wickets. Pakistan perhaps ended the day happier of the two sides given the amount of spin on offer. But for the position they are in, they have to thank Sarfraz Ahmed and Fakhar Zaman. Especially the captain was due a knock and he delivered under supreme pressure.

But the day belonged to the captain. He has been seething inside. That is the impression we got from his body language. The criticism, often personal does hurt. As much as the players talk about not following media (especially social media), they know everything that is being talked about. The dismissal of Usman Khawaja and the contempt with which Sarfraz almost charged towards the umpire showed in his talk after the days’ cricket.

It showed in the way he batted. According to CricViz, Sarfraz’s innings was the longest of any Test innings this year not to include a single leave. We must remember this came after Pakistan were 57-5. Only twice in the history of UAE test, more wickets had fallen in the first 23 overs. But Sarfraz attacked 43% of the balls he faced. This approach was needed because the pitch spun big. Nathan Lyon, who has improved tremendously on these wickets, found 5.1 degree spin. This was the highest degree he has spun the ball in the 1st innings of the match apart from 1 test match in the last two years (he has played in India and Bangladesh). Stats from CricViz. It was a special innings. Later in the day, he took a fantastic catch to dismiss Pakistan’s tormentor in the 1st Test, Usman Khawaja.

When, Sarfraz Ahmed made a comeback in the Test side under Misbah, he provided a new direction to the team. Pakistan most successful Test captain said he was like Oxygen for the team. It cocoincided with a change in fortunes for the team which took us to the top of Test rankings. It was a Sarfraz who was toying with top class bowlers. He was sweeping fast bowlers, nudging the ball into gaps, and just simply out foxing any opposition captain. He provided quick runs to solidify a strong position or do a rebuilding job. However, in the past few months, he has carried the weight of the world on his shoulders; or so it seems. A terrible situation brought the free spirited Sarfraz. One hopes we meet Purana Sarfraz more often.