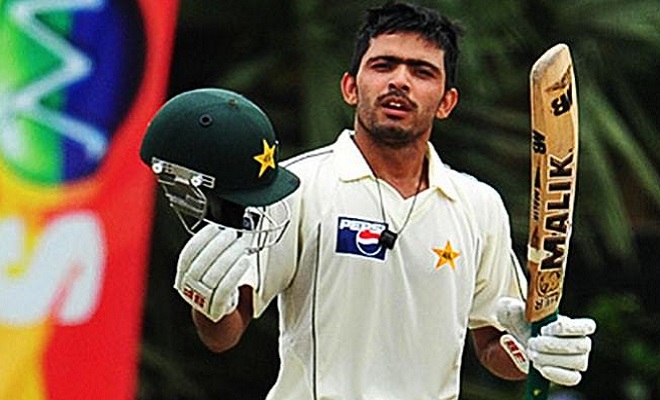 A new format, less number of teams, flatter wickets, Kookaburra balls, great social media coverage; a lot has changed this year in Pakistan’s premier domestic tournament. Those averse to change had one certainty they could hold on to dearly. Fawad Alam scoring runs. So, he didn’t disappoint scoring a 138 ball hundred, mostly in the company of number 11, Mir Hamza. Other top-order batsmen, Azhar Ali, Azeem Ghumman, & Omair Yousuf continuing from yesterday completed their 150s. While for the bowlers Zafar Gohar picked up match shaping four wickets.

For Sindh, Captain Asad Shafiq fell early on day 2, for 81. Omair Yousuf held one end however, wickets kept going down from the other. The opener scored 174 and was one of the five victims of Adil Amin. Fawad Alam oddly came into bat at number 8 and ran out of partners quickly. But in number 11 Mir Hamza, he found an able ally. From 368/9, they took the score to 476, with Hamza scoring 15. Fawad Alam looked well in touch, scoring at a strike rate of 72. He reached his 31st first-class century with a six. Beside Adil Amin’s five-wicket haul, Sameen Gul picked up three wickets, while Zohaib Khan removed Tabish Khan. In response, Khyber Pakhtunkhwa were in strife early, losing both openers with the score at 5. However, after his bowling exploits, Adil Amin played an aggressive hand of 63 not out alongside Ashfaq Ahmed (28), taking the table-toppers to 97/2 at stumps. Sohail Khan and Tabish Khan bagged one wicket each.

In Quetta, centurion Azeem Ghumman continued on his merry way and scored 163. He got able support from Amad Butt (54) and Yasir Shah (31). Balochistan Captain Imran Farhat declared when they reached 500. Left-arm spinner Mohammad Irfan picked up 5 wickets in his 51 over the vigil. In response, last match’s double centurion Sami Aslam failed this time along with fellow opener Shan Masood. Veteran pacer Umer Gul and Yasir Shah got the two openers. With Sohaib Maqsood getting runout, Southern Punjab were under pressure at 51/3. However, Multan Sultan’s Umer Siddiq and Imran Rafiq knitted a strong partnership, taking them away side to 161/3 at the end of the day.

Finally, we saw an innings where bowler dominated the batsmen as Northern were shot out for 114, chasing Central Punjab’s 433. Carrying on from yesterday Azhar Ali reached 155. He got support only from Saad Nasim, who chipped in with 31. Rest of the batting crumbled as left-arm spinner Nauman Ali picked up four wickets, while pacer Muhammad Musa picked up three. In response, Northern’s stonewalling approach failed disastrously. Wickets fell at regular intervals as Ehsan Adil (3), Bilal Asif (2), Nasim Shah (1) and Zafar Gohar (4) wreaked havoc. Raza Hasan battled hard and top-scored with 20. With two front line spinners in the 11 and the pacers only bowling a combined 29 overs, it is likely that Captain Azhar Ali will enforce the follow on.

On day three, it will be interesting to see how Umer Siddiq carries his innings forward. Zafar Gohar’s canny left-arm spin will be a threat for Northern again on a spinning wicket. Adil Amin could do the double with a hundred, having picked up five wickets earlier.