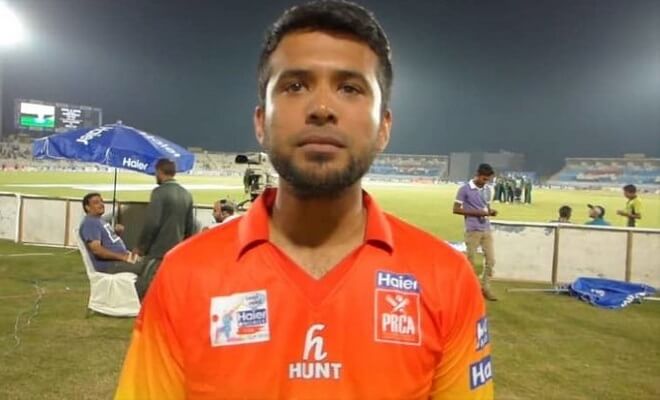 The change in weather in the country has altered the nature of the pitches and, competition has increased between bat and ball in the on-going Quaid e Azam Trophy. In the 8th round, we saw another result, with Khyber Pakhtunkhwa demolishing Balochistan by an innings and 122 runs. The other two matches end in draws.

In Rawalpindi, the home side, Northern were able to enforce the follow on, but a century by Umar Siddiq helped Southern Punjab escape with a draw comfortably. Earlier, Northern posted 463 on the back of a 100 from Hamad Azam and Umar Amin’s 90. Left-arm spinner Mohammad Irfan picked up five wickets. SP in response were bowled out for 268, Umar Siddiq was the top scorer in the 1st innings too with 60. Shadab Khan was the pick of the Northern bowlers, bagging five wickets in the match.

Sindh’s dismal run continued as their inexperience bowling failed to take push their advantage into a win. Having taken a lead of 93 runs, they conceded 499 in the 3rd innings as Central Punjab batted out more than a day and a half. Akmal brothers posted hundreds, and Salman Butt and Zafar also made vital contributions. Earlier, in the 1st innings, Tabish Khan’s fifer was instrumental in bowling out the league leaders for 246. Kamran Akmal again top-scored with 59. Sindh in response were effective but failed to bat CP out of the game. Their 339 came on the back of fifties from Khurram Manzoor, Jaahid Ali, Fawad Alam and Sarfaraz Ahmed. The evergreen Aizaz Cheema picked up a five-wicket haul for CP.

The sole result of the round came at the UBL Sports Complex in Karachi, as KPK dismantled Balochistan inside three days. Zohaib Khan’s 133 and Usman Shinwari’s 50 were the highlights, as KPK posted 385. Mohammad Asghar grabbed six wickets, continuing his good form. Junaid Khan and Usman Shinwari, rolled over the Balochistan side for 146, bagging 7 wickets amongst themselves. The follow on innings was even worse, as the side was bowled out was 117. Sajid Khan was the pick of the bowlers getting four wickets.

The win took KPK to 2nd spot in the table with 97 points, six ahead of Southern Punjab. CP continues to lead the table with 117 points, while Sindh did enough to get away of the bottom of the table, as Balochistan slipped to the last position.