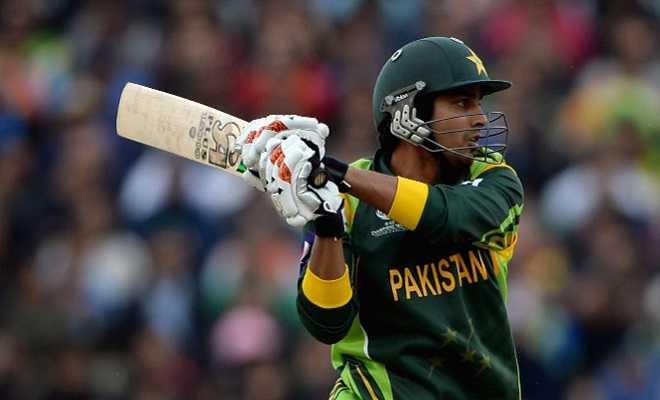 Following his exploits in the 2nd XI National T20 Cup, Northern’s Zeeshan Malik hit a swashbuckling double hundred on the opening day of round 5 matches in the QEA trophy. Four centuries (including Zeeshans’) were scored in two matches, while in Faisalabad, Sindh’s bowler picked seven wickets and kept a check on league leaders Central Punjab.

Northern won the toss in Sialkot and decided to bat first. Surprisingly in presence of Umar Amin, the captaincy was handed over to young Rohail Nazir. However, this change only had a positive impact on Umar Amin, who motored along to 153 at a strike rate of 74. But certainly, the highlight of the day was Zeeshan Malik nailing a double century at a strike rate of 84. Both put up a partnership of 343 unbeaten. The only wicket to fall was Haider Ali with Rahat Ali being the successful bowler for Southern Punjab. With 384 onboard already, Northern would be looking to bat only once in the match. Worryingly for Pakistan, Mohammad Abbas was taken for over 4.6 runs per over.

In the Bugti Stadium Quetta, the away side Khyber Pakhtunkhwa decided to bowl first but came to regret the decision soon. A fifty from National T20 top scorer Awais Zia, and hundreds for Imran Butt and Imran Farhat took the home team to 341/3 at the end of the day. Both Imrans remained not out on 135 and 114 respectively. Imran Khan and Usman Shinwari took a wicket each, while Awais Zia was runout. Imran Khan, who has been selected in the Pakistan test squad like Abbas was taken for more than 4 runs per over.

The most absorbing day’s play was seen in Faisalabad where Sindh’s bowler justified the decision to bowl first by picking seven wickets in the day. Tabish Khan bagged Salman Butt and Azhar Ali, while Mir Hamza got rid of Umer Akmal. Ahmed Shehzad (60) and Usman Salauddin (38) revived Central Punjab. Kamran Akmal belted 90 of 99 balls to take the league toppers past 260. They finished the day on 263/7. Mir Hamza, Tabish Khan both picked a brace each as did the backup spinner for the Australia series Kashif Bhatti.

Sindh would be hoping to wrap up the innings quickly, while the other two teams look to be at the mercy of the batting sides. The cricket board might be worried that despite public statements they have been unable to change the pitches. However, Zeeshan Malik would not be complaining, as at least a PSL call up beckons.