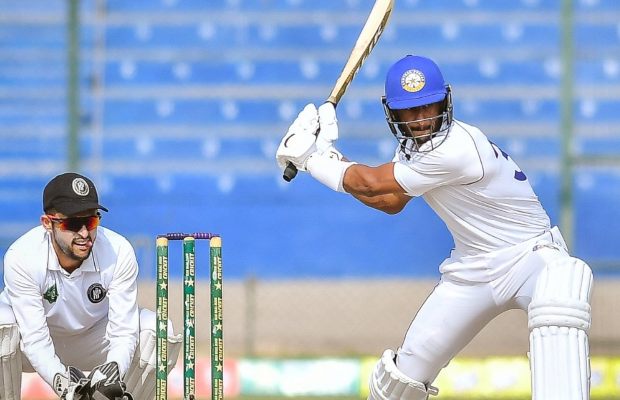 Quaid-e-Azam Trophy final Central Punjab and Khyber Pakhtunkhwa (KP) ended in a historic tie at the National Stadium in Karachi, a first-ever draw in the final of a First-Class Tournament.

The #QeA20 final between Khyber Pakhtunkhwa and Central Punjab has ended as a tie! The trophy is shared! 😲pic.twitter.com/DClF3aByhA

The five-day final entered an interesting phase on Monday when Central Punjab reached 140-2 by stumps while chasing a stiff target of 356 against.

Central Punjab needed 216 to win with eight wickets in hand. 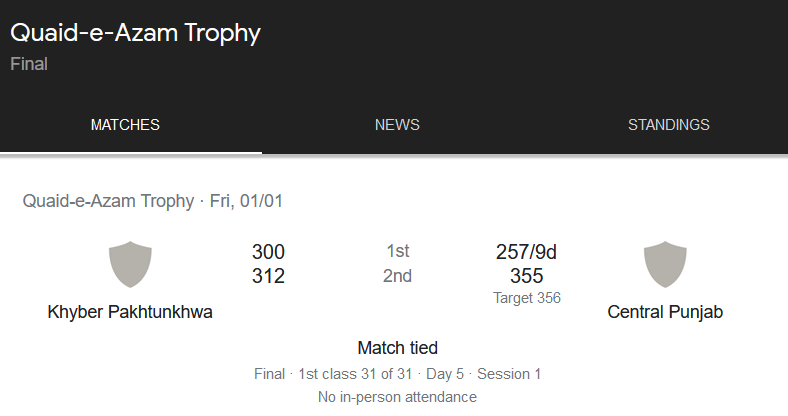 The defending champions started the day at the score of 140-2, requiring another 216 runs to defend their title with eight-second innings wickets in hand.

But,  lost five wickets for just 62 runs and just after the lunch break, they were reduced to 202-7.

The match took a remarkable turn with Hassan Ali on the pitch who scored his maiden century, remained unbeaten on 106 off just 61 balls which included 10 fours and seven sixes.

However, his partner at the other end, Waqas Maqsood, couldn’t handle the pressure when the team needed just a single run to win the competition.

While Ahmed Safi Abdullah scored 35 off just 23 balls with the help of five fours and a six.

Hasan Ali has been named player of the tournament with 43 wickets (most by any fast bowler). Scored 100 off 58 balls in the final to tie to the match.

He also led Central Punjab in 5 consecutive undefeated matches to qualify for the final.