She made history with stunning US Open triumph in September 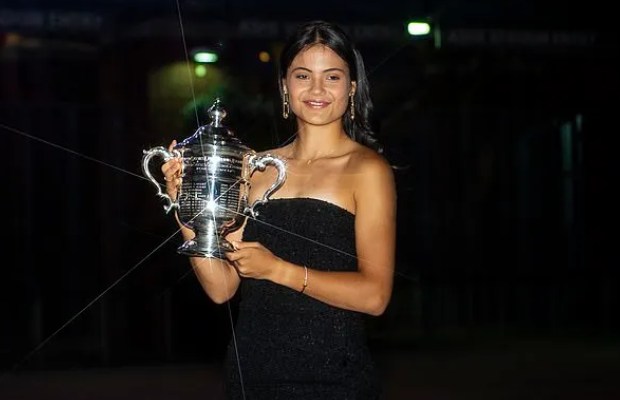 Emma Raducanu has been named The Sunday Times Sportswoman of the Year!

British tennis sensation made history earlier this year with the stunning victory at the US Open.

The world No 19 become the first ever British woman in 44 years to win a Grand Slam singles title, and she did not drop a set during the tournament.

Jonathan Licht, MD of Sky Sports said: “It is more important than ever post-pandemic to celebrate the progress and phenomenal achievements in women’s sport.

“We have seen some astonishing moments throughout the year, not just in women’s sport but the contribution of these nominees to sport in general, from the success of The Hundred to the extraordinary story of Emma Raducanu that moved the nation. Sky Sports is pleased to play a part in the celebration of these incredible women.”

Raducanu, who celebrated her 19th birthday earlier this month, become the first qualifier to win a Grand Slam.

She continued with her winning streak at the qualifying rounds in New York to storm all the way to the final, where she defeated Canada’s Leylah Fernandez 6-4, 6-3 to win her first Grand Slam title. And also £1.8million in prize money.