In the past 9 years, Sri Lanka have had 11 coaches & practically infinite number of captains 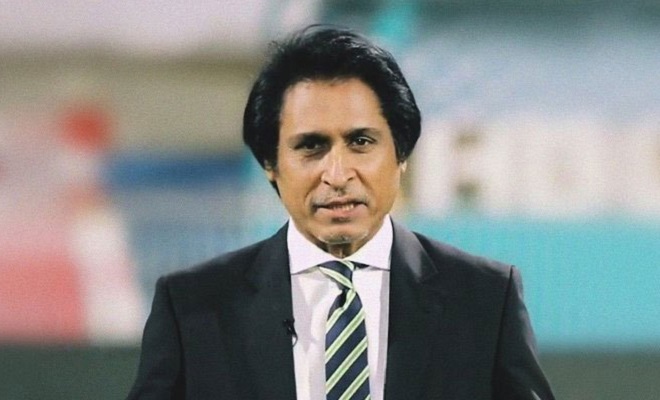 Ramiz bhai often finds ways to outdo himself with brazenly populist and terrible ideas. The most recent proposal was to follow ‘soccer’ (not football) strategy to sack coaches after a month or two of bad performances. This may sound a new and unique idea but thankfully there is a team which has been sacking coaches every few months: Sri Lanka. Let us look at the coaches and captain turnover of the Island Nation and how it has reflected in results.

Mickey Arthur is set to take over as the coach of the Sri Lankan national team. From Sri Lanka’s point of view, it is an opportune appointment. They are getting a coach who has tasted success with multiple teams. For Mickey, it is a peculiar appointment. Granted that he was practically sacked from the Pakistan role and that of Karachi Kings is a blip. But with his track record, he would have gotten a bigger (read: sane) offer soon. Being employed by the Sri Lankan Cricket Board is like working at any ‘sathiya‘ local company in Pakistan. You could be fired because the boss had a mood swing.

Since being defeated in the World Cup 2011 final, Sri Lanka have gone through more coaches than the number of Bollywood heroines Ranbir Kapoor has dated. Mickey Arthur will be Sri Lanka’s 11th coach in 9 years (including interim coaches).

After Trevor Bayliss stepped down post the World Cup, his assistant Stuart Law took over, only to resign after one series. Rumesh Ratnayake came in for a single series before Geoff Marsh was named head coach. But his fate wasn’t a lot different, as in 2012, he was replaced by Graham Ford. Marsh took the Sri Lankan Cricket Board to the court and won a hefty sum in compensation.

Meanwhile, Ford’s tenure was slightly longer, amounting to 18 months. After him, Englishmen Paul Farbrace took over, but his tenure lasted for three months as England came calling. Marvan Atapattu was named head coach. Little over a year in his reign, the board thought that his man-management skills are not up to the mark, so he was shown the door.

Talisman Kumar Sangakara was then pushed by the board to help recall Graham Ford. Initially reluctant, Ford came on the promise of a long term contract. Midway through the 4-year contract, former Sri Lankan cricketer Asanka Gurusinha was given the role of Cricket director and effectively made boss of the South African. Inevitably, this stalemate was ended by Ford’s resignation.

A battle with the Bangladesh Cricket Board ensued and after a considerable period of wrangling, Chandika Hathurusingha was given a lucrative contract. Unlike other coaches, Hathurusingha was wise to the whims of Sri Lanka Cricket Board. Hence, his team drew up an iron-clad contract. Due to which, Sri Lankan board despite trying for six months, haven’t been able to fire him. He is being paid, for sitting at home.

Since than Rumesh Ratnayake, someone familiar to Pakistani fans took the reigns of the team. Nevertheless, that also was an interim appointment with Mickey Arthur set to take over soon. Besides, head coaches numerous support staff members including legendary pacer Chaminda Vaas have also come and gone.

It would be futile and tiresome to look at all the appointments and sackings of Sri Lankan captains of the past eight to nine years; for the story is long and pretty dark (GOT fans, eh). Here is just a list of names:

During this period, against top 7 seven teams in all three formats, Sri Lanka have lost 188 matches and won 116. Whereas, if we cut it down to the last 5 years, approximately the time when their two senior batsmen (Mahela Jayawardene & Kumar Sangakara) retired the win-loss ratio drops further to one-third i.e. 121 losses and 48 wins.

Is this the model Ramiz bhai and his fans want Pakistan to follow and achieve such results? The example of club football was invalid. International Cricket, especially in Pakistan, is a polar opposite to club football. Raw players are picked for the national side, from a weak domestic structure and they learn on the job. Work on building mental strength, physical stamina and fitness, and game awareness take place at the level. Without longevity and patience, we won’t have 11 players to complete a team.

Club managers who are fired after a few failures have an endless amount of money to bring in players from around the world. Add to the fact that all clubs have strong academy systems, terrific analytics teams, fitness and scientific experts to assist the manager. Cricket in general lags behind in every aspect. Pakistan Cricket is not even at an amateur level.

A football manager’s role is to just deliver results primarily. The club looks after team building and player development in the long run. In Pakistan cricket, you pick incomplete cricketers, find ways to improve and sustain them at an international when the competition is very high, with teams with almost infinite resources (India, England, and Australia)

It’s stupid to equate the two and think the ‘soccer’ strategy shall work in cricket too. For someone as devoted to the idea of Imran Khan as Ramiz bhai is, this suggestion is so contradictory it’s bordering on being comical.