A life with many paradoxes 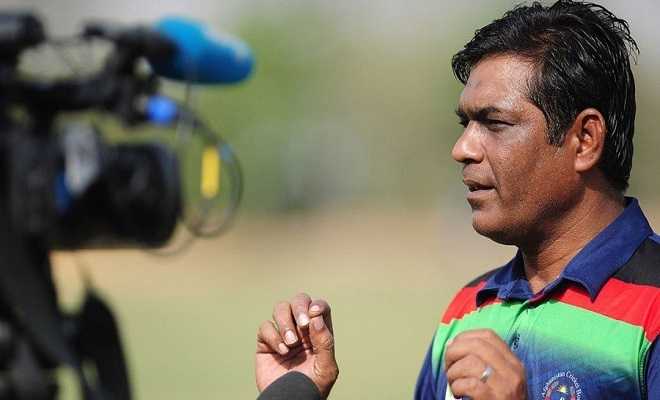 Who would have thought that Rashid Latif, the mighty Rashid Latif would be tamed enough to be a pundit on national television? On PTV, the channel of unironic propaganda if ever there was one. He would become a Youtuber and you will find him biting his tongue to keep that subscriber count up.

Has he resigned and turn down more job offers or did he take more catches as an international keeper, it is really hard to tell? Fans love him despite all his contradictions, detractors can’t look away.

Perhaps deep down he is an artist who just gets bored very quickly. A cricketer, a vigilante against match-fixing, a captain, an academy owner, a coach of a domestic side, a writer, and now a broadcaster.

Had Karachi’s political dynamics not being changed by force, he would perhaps join politics and then had a full scale fall out with his own party.

This is a man who literally brought down global superstars in the 90s. Taking on absolute demigods not just in Pakistan but internationally. Fighting these cricketers and their political backers and criminal syndicates. Yet, he would manipulate evidence to try and save a friend. He fought and fought against match-fixing and match-fixers but he would be effusive in his praise of Saleem Malik the captain and to the day claims that Malik Sahab is a close friend. He would still somehow back Danish Kaneria. He would still talk about the return of Sharjeel Khan.

To see him keep wickets was a pleasure.

Agile as a cat, the sheer nonchalance with which he would pull of miracle takes was incredible. Facing up to mystery spin like Saqlain Mushtaq, he had no problem. Like a rubber band of sorts, he would snap back in position for a stumping even if the bowler has delivered a wide. The reverse swing of Wasim or Waqar or the extreme pace of Shoaib, He would cope in his own way.

His numbers do not entirely reflect his talents with the bat. Perhaps the constant battles with the cricketing establishment, the captaincy, and off the field issues took a toll. Post-retirement he admitted that being a keeper captain is hard.

Therefore, one could see why Moin Khan overtook him especially in ODI cricket. To his credit, Latif never complained about being dropped for Moin. How these two rivals were great friends too reflects so positively on both men.

The impact he had had on cricket is much greater than the sum of matches he played, the catches he took and the runs he made. Waheed Khan a close friend of his called Rashid Latif an enigma. There is no better way to define the mercurial being.

In his own topsyturvy manner, Rashid made world cricket better.