Courtois's sublime performance made him the star of the finale 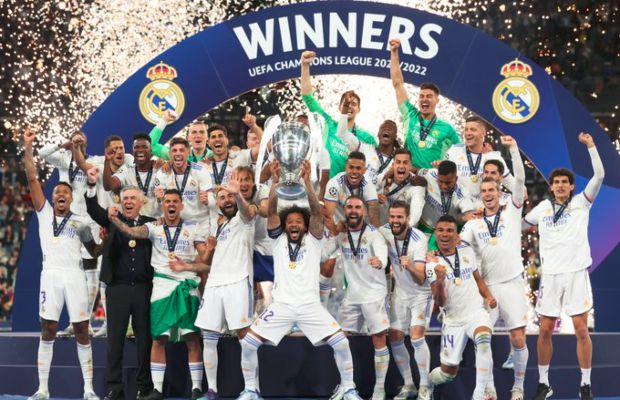 The 14th European Cup final was delayed for more than half an hour after police tried to stop people trying to force their way into the Stade de France on Saturday.

The game started after a 35-minute delay following incidents outside the stadium as people without tickets tried to force their way in.

The fans eager to enter the stadium were tear-gassed by riot police.

Real Madrid’s goalkeeper Thibaut Courtois emerged as the real star as he made several fine saves to deny Liverpool from getting any near to the equalizer for Vinicius Junior’s score just before the hour.

Last night was saw LaLiga titleholders Real’s fourth Champions League crown in seven years as they improved their impressive record in the competition with their eighth victory in as many finals.

Liverpool was looking for their seventh European Cup triumph, however, despite their best efforts, they were left in awe of Courtois’s sublime performance.

Liverpool were the favourites for the final but Real beat the Merseyside club for the second time in a row after their 3-1 victory in 2018.

Liverpool had won the previous European Cup final both teams had played in Paris, winning 1-0 at the Parc des Princes in 1981, which was Real’s last defeat in a final.

Twitter timeline is bustling with praises for Real Madrid and Courtois’s excellent performance.

1023 days later, he’s by far the Man of the Match of this Champions League final.

Tough one to take last night but credit to Real Madrid, their name was on the cup after the CL run they’ve been on. @LFC have lost 4/63 this season so you can’t really ask for much more than that. Friends & family tear gassed on the way out, shocking set up @UEFA

A new trophy that rewards a hard collective and individual work. 🏆
Thanks to all Madridistas, the trophy is also yours ¡ 𝗛𝗔𝗟𝗔 𝗠𝗔𝗗𝗥𝗜𝗗! 🤍