The first episode of ‘That One Inning’has been launched across Red Bull Pakistan and Peshawar Zalmi platforms, featuring Pakistan’s veteran cricketer, Shoaib Malik. 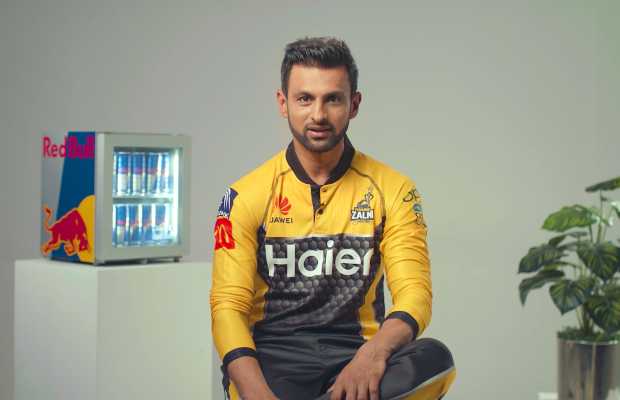 The 10th edition of Red Bull Campus Cricket will serve as the Talent Hunt program for Peshawar Zalmi. This will give the players an opportunity to feature in the Zalmi Camp with the best players receiving a trial with the team.

Red Bull Pakistan is well-known for its annual T20 tournament for university cricket teams, Red Bull Campus Cricket, which has grown immensely over the past nine years. The number of teams have grown from 22 teams in 2012 to 110 teams in 2019 (the last edition held). It has been giving a chance to players from all across Pakistan, even from the remote areas, and offers them a professional environment to play in.

Peshawar Zalmi is the biggest sports entity in Pakistan valued at more than $40 million&is arguably the most successful and active sports organization in the country, having dominated the cricket landscape and developed numerous talented players for the national side.

Mr. Javed Afridi, Chairman Peshawar Zalmi expressed his delight over the signing of the agreement between Peshawar Zalmi and Red Bull, “It is a huge development in our search to find and nurture young talent in Pakistan. We are looking forward to working with Red Bull together to provide the young generation with the best of opportunities”.

Chief Commercial Officer Peshawar Zalmi, Mr. Nausherwan Effandi said, “Red Bull is a global leader in sports and we at Peshawar Zalmi aim to capitalize on our synergies to ensure that we provide our fans with the best experiences in various sports such as cricket, football, esports to name a few.”

The partnership has been kicked off with ‘That One Inning’, an animated video series co-produced by Red Bull Pakistan and Peshawar Zalmi, in which Pakistani cricket stars such as Shoaib Malik and Imam ul Haq share a recollection of their most significant innings for the team.

The first episode of ‘That One Inning’has been launched across Red Bull Pakistan and Peshawar Zalmi platforms, featuring Pakistan’s veteran cricketer, Shoaib Malik.