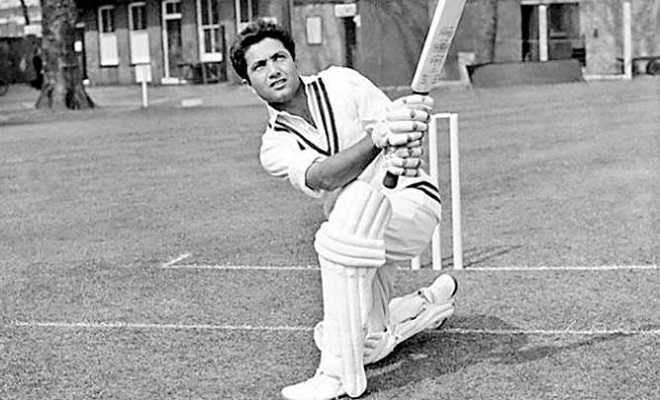 If it weren’t for the absolutely unbreakable spirit and determination of the late Hanif Mohammad sahib, cricket might have died an early death in Pakistan.

In the 1950s, cricket was a game for elites in Pakistan. Graduates of Oxford, people with access to the Britishers had the opportunity to enjoy the game. From Imran Khan’s family to the late Abdul Hafeez Kardar, the people at the top, in leadership roles came from families connected to the British. Hanif Mohammad (like Fazal Mahmood), however, was an aam admi so to speak. His family had migrated from Gujarat, India.

The 16-year-old young boy was seen as a common Pakistani. His and Fazal Mahmood’s performances gave everyone the belief that you don’t have to go to Oxford or Cambridge to be a great cricketer. You could do it by playing cricket in the narrow lanes of old Karachi and Lahore.

Hanif Mohammad was one of the reasons, the game got so popular across Pakistan. All of us owe him an enormous debt to remember his legacy and to celebrate his brilliance. Perhaps because we do not have videos, images and readymade stats to celebrate his genius, he is often overlooked.

In 55 test matches, he averaged almost 44. In an era of uncovered pitches, no helmets, no limits on bouncers and with a weak Pakistan batting line up, Hanif Mohammad excelled. In his early days, Mian Saeed, a big name cricketer of the time, introduced Hanif Mohammad to one of the top English coaches of the time, Alf Gover.

After watching the boy bat for three days, Alf Gover said, “He is a natural, I can’t tell him anything.”

Pakistan’s 1st captain Abdul Hafeez Kardar, depended on Hanif Mohammad entirely. He would give him orders directly which bowlers to attack, which to defend (mostly defend). Hanif Mohammad would stick to his captain’s orders to the T, even if it meant boring the crowds. In that mammoth 337 innings, which to date is the highest test score by a Pakistan batsman, Kardar kept sending this message to his young star…

“You are the only hope to save Pakistan.”

If you look at 1950, he was 12th in terms of averages (minimum 20 tests). There are absolute greats of the game in the list including like Gary Sobers, Clyde Walcott, Len Hutton,  Frank Worrell, Vijay Hazara. Even in the 1960s, he was in the top 20 batsmen in terms of average and the top Pakistani batsman. For two decades straight he was the best batsman for his side. Pakistan were so utterly dependent on him.

Compare that to how long it took for the likes of Bangladesh, Zimbabwe, even Sri Lanka to produce a truly world-class test batsman. As soon as Pakistan started playing top-level cricket, Hanif Mohammad in teenage produced world-class performances.

Since there was very little support alongside, he took it upon himself to hold one up. In some innings, Hanif Mohammad showed that he had the range of shorts to be an aggressor. You don’t score 499 if you don’t know how to score runs. However, to serve his nation this 5.3-footboy, became a responsible and sturdy opener, who simply refused to give up.

In the 50s and 60s, Pakistan didn’t have a team to win matches consistently. So the next best thing was to be competitive and try and play out draws. You needed batsmen who could bat and bat and bat. Hanif Mohammad was the person to do it.

But when it came for rewarding and being given responsibility, it went to the members of the elite. In 1962, when the time came to name a captain, Kardar and the BCCP choose Oxford graduate Javed Burki. He was the son of one of the three army generals who helped Ayub Khan in his coup and dictatorship. Burki in own words wasn’t even a dedicated cricketer and was interested in becoming a civil servant. Majid Khan, Imran Khan and Bazid Khan come from the same family.

Hanif Mohammad and other seniors were overlooked. After a disastrous England tour, the little master was made captain. In three years, he captained Pakistan in just 11 tests as the BCCP failed to find teams to play Pakistan. Despite averaging 58 with four hundreds and a fifty as captain, Hanif Mohammad was sacked by the powers that ran Pakistan cricket. Yet, no complaints were made by the man. He kept on doing his job.

Karachi press or as those who are unaware or ill-informed of history of Pakistan and Pakistan cricket call it #Karachilobby created hue and cry.

But those who run cricket in Pakistan had decided and that was that.

Abdul Hafeez Kardar became the be-all and end-all of Pakistan cricket. In 1970, after 18 years of relentless service for Pakistan, Hanif Mohammad was asked by Kardar, how he saw his future. Hanif 34 at the time, said that he had 3-4 years of international cricket in him. He was scoring heavily for PIA as well.

Younger brothers of Hanif Mohammad had become part of the team by now. Kardar threatened that if Hanif didn’t announce his retirement, he would create trouble for his brothers. Then he used journalist and media reports to pressurize Hanif.

Having served Pakistan and especially Kardar with such distinction, Hanif Mohammad took this as an insult and retired. Kardar’s captaincy initially had rivals and had it not been for Hanif’s runs, he would have been removed early from captaincy. Yet, Kardar had the audacity of forcing Hanif to retire after a few poor innings.

The man who carried Pakistan on his shoulders was thrown away. He kept playing domestic cricket for many years and scored runs as he did throughout his career. There was talk of a comeback but Hanif demanded that Kardar make a public appeal but he was too proud to do so. Hence, an absolutely brilliant career ended in despair. The betrayal and blackmail that has marked Pakistan cricket ever since.

Hanif Mohammad laid the foundations of Pakistan Cricket. It’s our duty to remember the great man’s contribution as we enjoy the fruits of his labour today.

Thank you for your service sir.