Imam ul Haq proved his value as a T20 opener 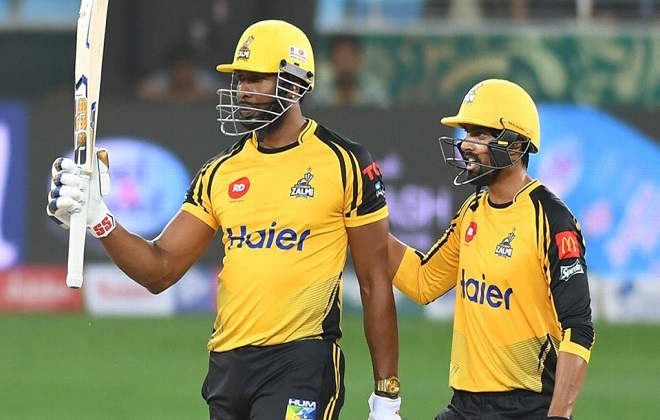 Peshawar Zalmi has been one of the most consistent sides of PSL 4. They had a very good draft before PSL 1 and have gone on largely to retain those players, bar a chance here or there. This consistency have brought them successful, with three consecutive finals. This time around, they were just one match away from winning the title again. However, Quetta Gladiators were just a better team and they were outwitted in the final hurdle. Nonetheless, this would certainly qualify as a successful season.

Once again Kamran Akmal excelled for the Zalmis. At the start of season, he was struggling for form. However, as the tournament progressed he was again firing on all cylinders.  357 runs at the strike rate of close to 140 is an excellent return. However, his form is unlikely to get him back in the Pakistan side.It would also be unfair to ignore Hasan Ali. His venomous in-swinger was back and accounted for a lot of his record 25 wickets in the season. His closest competitor was Faheem Ashraf, with 4 less wickets.

Such is the consistency of selection that we have seen their emerging players a fair bit. They had three players, all made some contribution. However, the breakthrough star for them was most certainly Imam ul Haq. There have been questions about his viability as a 50 over format batsman. However, Imam answered all those questions emphatically with 341 runs at a strike rate of 130. It was undoubtedly, one of the surprises of this season.

Kieron Pollard, the West Indian had become a bit of a PSL journeyman, travelling from one franchise to another. Last season he was dropped from the 1st team of Mumbai Indians, a franchise he has been with for almost a decade. He’s slipping down the batting order and didn’t ball. There was little logic in picking him on current form. Yet Darren Sammy showed faith and boy did Pollard return the favour or what. With 23 sixes, he was the 2nd most explosive batsman behind Asif Ali and bowled in 12 of the 13 games he played in. Turning and winning games with the bat, Pollard had regained his mojo. Quetta made special plans for him in the final and his wicket, was a big relief for them.

The one who lead

Darren Sammy, what can be written about him that hasn’t been already said? He doesn’t bowl any more and hobbles in the field. He only offers cameos with the bat. But what he brings to this franchise is not really measurable. He is an inspirational leader of men, and there aren’t many about who could claim the same. Just ask Lahore Qalandars.