In bilateral series, England had brushed aside Pakistan 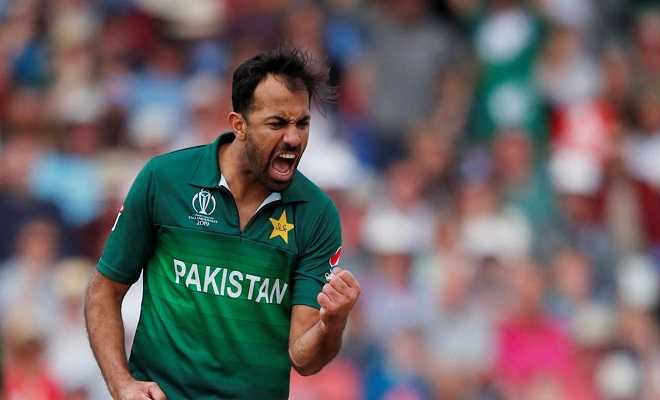 The only time I interacted with David Lloyd, I got an angry, snappy retort.

Pakistan had just beaten, scratch that, outplayed England off the park in the 2017 Champions Trophy Semi-Final.

England had resorted to their usual candid and shameless moaning.

This time it was about the used pitch.

“Having watched the game against Sri Lanka, we didn’t think the pitch was that bad,’ he said. ‘But today it was. Coming from Edgbaston, it was a big jump in pace and bounce, and too much for us to adjust. ‘I don’t think there was any home advantage,’ said Morgan. ‘We knew we were going to play on a used wicket at some stage, which potentially brought Pakistan’s game closer to their home, said Morgan.

‘It was equal for both teams. We played better cricket. That’s why we won,’ responded Sarfaraz Ahmed.

Then David Lloyd also questioned the pitch on Twitter to which I responded, “should we presume from now on that pitches where England 400 are good and all others bad”

And his response was “Keep presuming”.

Anyways, typical England. Pakistan went on to win the trophy.

England, however, remained the best side in the world, undoubtedly in the period, beating Pakistan 4-0 in the series just before the World Cup.

However, that was a bilateral series.

The World Cup format was such that England had a chance to avenge their defeat in the Champions Trophy. With two successive tournaments at their home, England got their wish with the wicket this time.

It was a perfectly flat pitch. Pakistan posted 348 with Babar, Sarfaraz, and Hafeez scoring fifties each. But England had chased down such scores easily in the series before the World Cup. When Joe Root and Jos Buttler scored 100s, it looked as if England will prove their theory that the pitch in Cardiff semi-final which was the reason of their defeat.

But then Shadab Khan bagged Root. Wahab Riaz and Mohammad Amir found a tiny bit of reverse swing and England were downed again. You would think that after a hostile take over of cricket via the Big 3 and getting back to back ICC tournaments and now having lost on a flat deck, England would stop moaning.

But they didn’t. It was reverse swing this time around.

England went on to win the World Cup in dubious circumstances. But Pakistan had their little victory over English prejudice.

An obvious point, which now many had picked up.  The lack of Pakistani writers (a result of not enough readership) means that Pakistan’s accomplishments are overlooked often, narratives are missed.

These were certainly two memorable wins over the best side in the world on two massive occasions.

Sarfaraz’s Pakistan downed Morgan’s England when it mattered most, twice!