Netizens term Rizwan has redefined the spirit of Pakistan Cricket. 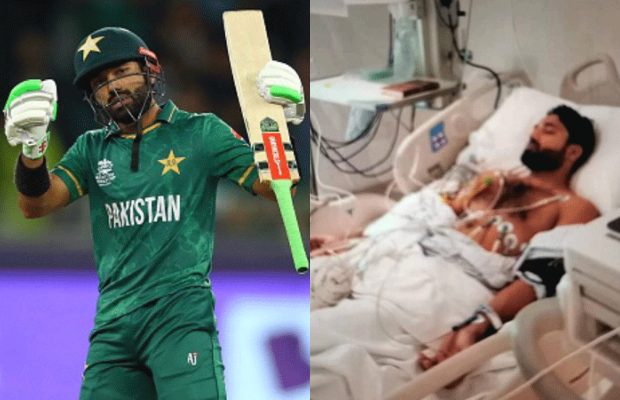 Rizwan had spent two days in ICU before the T20 World Cup semi-final match played on Thursday in Dubai!

The update was revealed by the Green Team doctor during the presser following Pakistan’s five-wicket loss in the semifinal.

“Mohammad Rizwan developed a severe chest infection on November 9th after which he was admitted to the hospital. He spent two nights in the ICU recovering,” Pakistan’s team doctor Najeeb Somroo said.

“He made an incredible recovery and was deemed fit before the match. We can see his great determination and tenacity that shows his spirit of performing for the country. And we can see how he performed today.”

Captain Babar Azam, who made 39 to lead the tournament’s batting chart with 303 runs, praised his opening partner’s “exceptional” attitude.

“When I saw him, he was a little bit down, but when I asked him about his health he said, no, I will play. And the way he played today showed that he’s a team man. And I am very confident about his attitude and his performance.”

Following the health update, social media is all in praises for the Pakistan opener who played remarkably well despite health concerns. Netizens term Rizwan has redefined the spirit of Pakistan Cricket.