Federer, a 20-time Grand Slam title winner, was due back on the court on Monday to tackle Matteo Berrettini for a place in the quarter-finals. 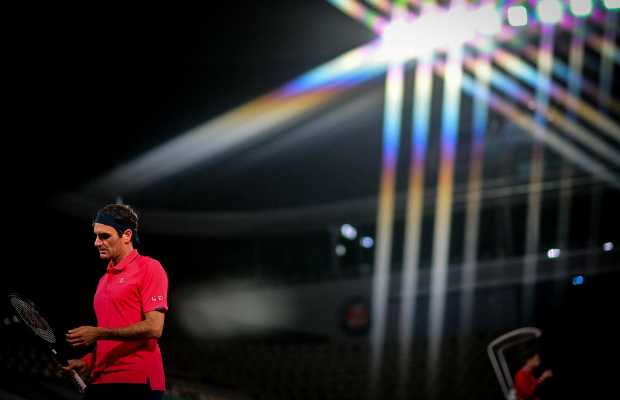 Roger Federer has officially withdrawn from this year’s French Open in order to concentrate his efforts on winning a ninth Wimbledon title later this summer.

Federer, who turns 40 later this year, took to social media on Sunday evening to officially announce his decision.

Federer, a 20-time Grand Slam title winner, was due back on the court on Monday to tackle Matteo Berrettini for a place in the quarter-finals.

However, having undergone two knee surgeries in 2020, the Swiss star stressed that there were doubts over whether he’d make it.

Federer said in a statement: “After discussions with my team, I’ve decided I will need to pull out of Roland Garros today.”

“After two knee surgeries and over a year of rehabilitation it’s important that I listen to my body and make sure I don’t push myself too quickly on my road to recovery. I am thrilled to have gotten three matches under my belt. There is no greater feeling than being back on the court.”

Tournament director Guy Forget said: “The Roland Garros tournament is sorry about the withdrawal of Roger Federer, who put up an incredible fight last night.

“We were all delighted to see Roger back in Paris, where he played three high-level matches. We wish him all the best for the rest of the season.”

Former world number one Andy Murray said 20-time Grand Slam champion Roger Federer made a “sensible decision” to withdraw from the French Open to protect his body after two knee operations and opt to focus his efforts on Wimbledon.
“In Basketball, football, etc when returning from injury players are given reduced minutes to build up their fitness. In tennis you don’t have that luxury of just playing a set in the first match then 2 sets the next etc and building up that way,” said Murray replying to a tweet from a user who said Federer was
was “disrespectful” to other players for “using” the French Open.

“Id argue that it’s quite risky to play multiple 4hr matches in a row in your 2nd tournament back in 18 months so to me it makes sense to be reactive based on how your body feels, length of matches, etc. A sensible decision from him, “Murray added.

Id argue that it’s quite risky to play multiple 4hr matches in a row in your 2nd tournaments back in 18 months so to me it makes sense to be reactive based on how your body feels, length of matches etc. Sensible decision from him