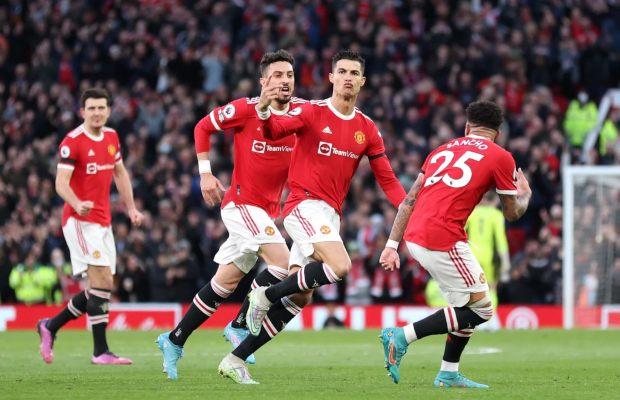 Ronaldo has made history on Saturday night by breaking Josef Bican’s record for the most goals in competitive football matches!

Cristiano Ronaldo has scored his 807th goal in official matches against Tottenham surpassing Josef Bican’s tally of the most goals in competitive matches in football history.

Ronaldo’s stunning strike after only 12 minutes gave Manchester United a lead over Tottenham and later on went to score the winner as well.

The first goal may well go down as one of his very best for the club.

What a goal by the GOAT, that’s what has been trending on the Twitter timeline following Ronaldo’s stunning efforts at the field.

CRISTIANO RONALDO WHAT A GOAL! https://t.co/Q0cNlDFCUH

He’s still the man for United in this complicated moment. Top performance. pic.twitter.com/b8GTS4jrcw

The 🐐 on 🔥 @Cristiano #MUFC pic.twitter.com/UuV5YF9EJA