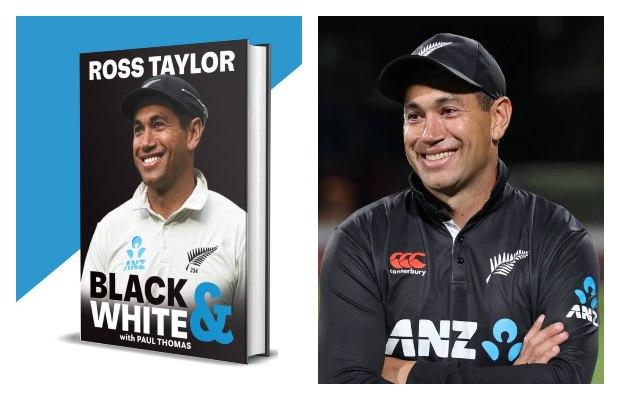 Ross Taylor in his autobiography, claims that the IPL franchise owner ‘slapped’ him for getting out on duck!

Former New Zealand captain Ross Taylor has been in the limelight for his new autobiography, ‘Ross Taylor: Black & White’.

Former New Zealand cricketer who played for the Indian Premier League’s (IPL) franchise, Rajhastan Royals, in the 2011 season has made some shocking revelations in his autobiography.

It’s been an amazing time reflecting on my journey. I can’t wait to share my story, ‘Black & White’ coming to New Zealand bookstores on August 11th. pic.twitter.com/JrfLZzX2td

Taylor said that one of the Royals owners slapped him while having a laugh, but he was not sure if the latter was serious or not after a match the Rajasthan Royals played Kings XI Punjab in Mohali.

“The chase was 195, I was lbw for a duck and we didn’t get close. Afterward, the team, support staff, and management were in the bar on the top floor of the hotel. Liz Hurley was there with Warnie [Shane Warne]. One of the Royals owners said to me, ‘Ross, we didn’t pay you a million dollars to get a duck,’ and slapped me across the face three or four times,” he said.

“He was laughing and they weren’t hard slaps but I’m not sure that it was entirely play-acting. Under the circumstances, I wasn’t going to make an issue of it, but I couldn’t imagine it happening in many professional sporting environments,” the former New Zealand cricketer claimed.

The 38-year-old announced his international retirement towards the end of 2021.

He played his last match for New Zealand an ODI against the Netherlands in Hamilton in April this year.

The right-handed batter finished his illustrious international career with 112 Tests, 236 ODIs, and 102 T20Is.

Taylor, who represented the Royal Challengers Bangalore (RCB) from 2008 to 2010, says that he would have had a longer IPL career had he stayed with the franchise.

He wrote: “While it was amazing to go for a million dollars, in the long run I would’ve been better off if RCB had got me for USD 950,000. If they had, it would have been my fourth year with them. While the IPL is pretty unsentimental, there is loyalty towards long-serving players and I probably would have had a longer IPL career as a one-franchise player.”

Taylor scored 197 runs in 12 games for Delhi during the IPL 2012 season, registering the highest score of 55.

tweet
Share on FacebookShare on TwitterShare on PinterestShare on Reddit
Saman SiddiquiAugust 14, 2022
the authorSaman Siddiqui
Saman Siddiqui, A freelance journalist with a Master’s Degree in Mass Communication and MS in Peace and Conflict Studies. Associated with the media industry since 2006. Experience in various capacities including Program Host, Researcher, News Producer, Documentary Making, Voice Over, Content Writing Copy Editing, and Blogging, and currently associated with OyeYeah since 2018, working as an Editor.
All posts bySaman Siddiqui