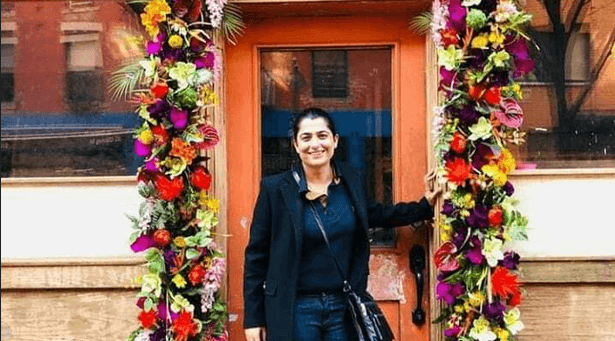 Cricket star and former women’s team captain Sana Mir has added another feather in her laurel filled hat. The cricketer has been bestowed with the 2019 Asia Society Game Changer award for her impact in Pakistan’s women cricket field.

Tonight's the night! We're honoring the @KungFuNuns and their fellow 2019 Game Changers in New York. Follow along here using the hashtag #AsiaGameChangers and on Facebook and Instagram at @AsiaSociety! https://t.co/VkGKvO3pMW

“Alhamdolillah! I’m truly humbled and honoured to receive this award alongside amazing world leaders,” said Sana while talking to APP after the ceremony held in New York where Sana and various other Asian women were given the award in recognition of their contributions to respective fields.

“I’m super proud to represent my country and the sport of cricket,” added the cricket star who dedicated her award to climate change activists, women empowering other women and children of war-torn countries in particular.

“My prayer today is that the leaders of today and tomorrow see the world through the lens of the child, the way the child sees the world, so we can safeguard their rights without regard to the colour of their skin, race, religion, or nationality,” said Sana while receiving the award.

Ambassador Asia Society and Co-Chairperson Chan Heng Chee presented the award to Sana as he mentioned her remarkable contribution to women’s cricket in Pakistan.

"I would like to dedicate this award to three groups of people: the children of all the war-torn populations of the world, the strong women who are helping each other, and for the people who are standing up for climate change.”

“Sana Mir is first and foremost a true champion in her field, she’s also a champion for millions of girls and young women on the field and off,” said Chee.

While adding further he stated, “As a child growing up in Pakistan, Sana Mir saw few other girls — and even fewer women — playing the national sport: cricket. Refusing to let that stop her, Sana joined the country’s fledgling women’s cricket team and went on to become its captain and eventually the top female cricketers in the world.”

Earlier Malala Yousafzai has also received the prestigious award. This is the first time in the five-year history of Asia Society’s awards that all awardees were women.