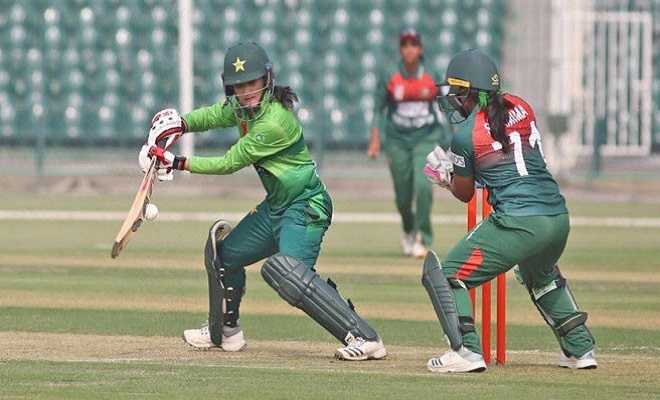 Sana Mir, has been a mainstay of the team for a long period - OyeYeah News
1Share
168Views

In a slightly surprising move, the women’s selection committee of Pakistan women’s cricket team has left out experienced all-rounder Sana Mir out of the 15-player squad picked for the upcoming T20 World Cup. The squad sees three change as Bismah Maroof is set to continue as the captain.

Mir, has been a mainstay of the team for a long period. However, she opted out of the last series against England and selectors have decided to go in a new direction for the World T20.

“Though Sana Mir doesn’t feature in the 15-player line-up, I believe we still have the desired experience in the squad,” Urooj Mumtaz, the chief selector for women’s team said.

“Sana has been a phenomenal servant of Pakistan cricket while being an inspiration to many girls out there. Unfortunately, her recent performances in the T20 format were not on her side.”

Captain Maroof, however, made it clear that she wanted the veteran of 106 T20Is in the side but it was a decision of the selection committee.

“It was a tough decision to leave out Sana Mir,” Maroof said. “I wanted to have her in the squad over which I, along with the selection committee, had deep deliberations. We had to decide between her and the emerging players who had been impressing on all the stages. I respect and support the decision of the major group and hope she will continue to serve Pakistan women’s cricket in future with the same passion and energy.”

Two teenagers Aroob Shah and Ayesha Zafar have also been selected and the captain hoped that their induction will motivate other young players.

“Though the players who have been left out will be disappointed and heart-broken, this, however, should act as a motivation for them to come back more strongly. On the other side of the coin, the selection of 15-year-old Ayesha and 16-year-old Aroob Shah should be a motivation and message for all the budding youngsters. Furthermore, the selectors have also valued our domestic competition, while also taking into consideration the players who have been regularly part of the side since the Bangladesh series. The team has been selected keeping in mind the current form and performances along with the conditions in Australia and, at the same moment, we have come up with the right balance of youth and experience which will complement each other in the mega event.”

The Women’s World T20 starts on February 21st in Australia.