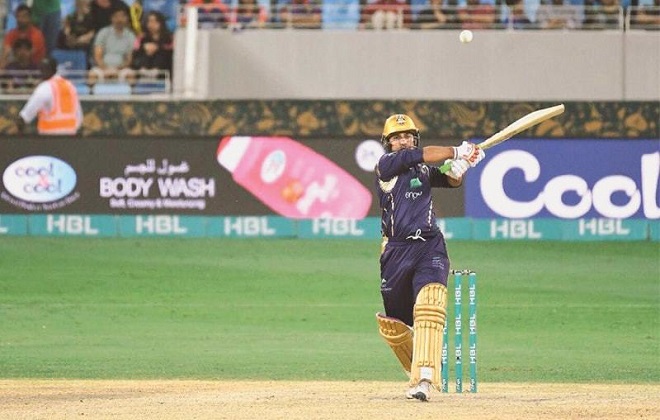 Hasan Ali has grabbed the headlines with his four wicket hauls. Haris Rauf and Mohammad Musa have caught the eyes of the public with pace. Mohammad Sami has the only hatrick of the tournament so far. But it is Quetta Gladiators who have restricted the opposition to paltry scores in 4 matches, and ensuring their batting has an easier time of it. The highest score an opposition has scored against them is 160. That is 10th in the list of highest scores conceded.

How have they achieved it? By finding a bowling hero each game. Either it is the veteran Sohail Tanvir who picks his hands up and gets a four wicket haul or the youngster Ghulam Muddassir chocking Lahore Qalandars which three timely wickets. The home coming of Swat born Australian leg spinner Fawad Ahmed has been a tremendous success as well. They have only used 6 bowlers in these 4 matches (DR Smith has bowled a couple of balls to fill in for off Muddassir). 3 of them have gone under 6.76 RPO.

Shane Watson hasn’t been bowling for a while and Sarfraz hasn’t called on him to contribute with the ball. Still they have been able to limit opposition to achievable scores. In the field too, Quetta doesn’t fill you with confidence. There are a number of players, you wouldn’t categorise as being athletic and natural fielders. Yet under relentless pressure from Sarfraz, they are giving enough.

Yesterday, when the chips were down, Sarfraz proved that he has the necessary mettle to take his team over the line. His leadership and performances are inspiring his team mates to give that extra bit. It shows in their standing in the league table.