“Catches win matches. Sorry, I take responsibility for this loss. I let my team down," Shadab 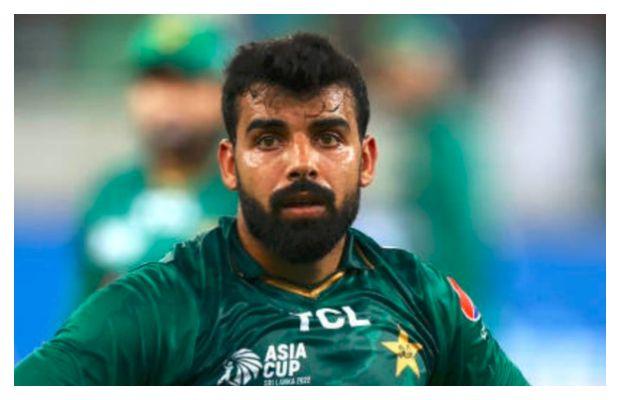 Shadab Khan takes responsibility for the defeat against Sri Lanka in the Asia Cup final!

Severe criticism from the Pakistan cricket fans following a disappointing defeat in the Asia Cup Final left the all-rounder disheartened, to which he took social media and offered his apologies to the fans and also held himself responsible for the loss in the final.

“Catches win matches. Sorry, I take responsibility for this loss. I let my team down,” Shadab Kha said.

Catches win matches. Sorry, I take responsibility for this loss. I let my team down. Positives for team, @iNaseemShah, @HarisRauf14, @mnawaz94 and the entire bowling attack was great. @iMRizwanPak fought hard. The entire team tried their best. Congratulations to Sri Lanka pic.twitter.com/7qPgAalzbt

Cricket fans had been furious as he dropped the crucial catch of Bhanuka Rajapaksa.

And later for the miss fielding and equally poor performance with the bat.

Ever since the defeat in the final, keyboard warriors had been busy trolling him.

However, there are some sane voices who came to Shadab’s rescue.

He is our best fielder. @76Shadabkhan just having a bad day. But our team definitely needs to work on their catch calling. Few times this has happened in this tournament. I hope he is ok.

One of the Best fielders of #Pakistan just having a low day..Hope you are ok #shadab

This scene was💔💔 I know he must be going through alot rn.. Stay strong
InshALLAH everything will be ok✌🏼 #AsiaCup2022Final #Shadab #PakvsSri pic.twitter.com/YHUmDmBYsO

No way to criticize at the flying man Shadab khan ❣️. He is the hero of Pakistan 👑.
Just remind his efforts. Take a bow Champion ♥️#shadab pic.twitter.com/wTGGzliWhv

Shadab is being criticized, Rizwan is being Criticized. You both are our Heroes Stay strong boys… Your nation still loves you. Come back stronger #Rizwan #Shadab #AsiaCup2022Final