A muddled approach will hurt both Shadab and Pakistan 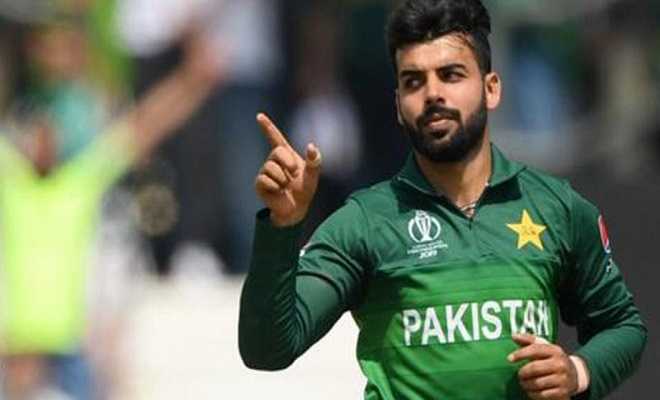 Yet from the outside it does look like the memo hasn’t reached the Pakistan team management. In the England series, Shadab Khan played the 1st test match and had a decent return with the bat and bowl. Pakistan Cricket’s sole custodian Misbah ul Haq stressed that having Shadab Khan in the test side gives the team balance. In the next two matches, the Islamabad United captain was dropped.

Subsequently in the T20Is, Shadab Khan had quite a peculiar series. Initially, Tom Banton took him apart, but the leggie had his revenge soon. In the 2nd T20I, he bagged two back to back wickets. A 3rd and perhaps a match-turning one of Eoin Morgan was missed by an umpire’s call. But then he looked ineffective. In the last T20I, Moeen Ali showed why he is an excellent aggressor against spin. With the bat, Shadab did show glimpses of PSL like form but didn’t get much opportunity. All in all, you could call it a mixed bag.

And that is the worry with Shadab Khan. Can Pakistani team management and Shadab Khan identify a particular role? A naturally talented lad, he has the skill to shine in either form of cricket. But can he be a top-class white ball and test match spinner at the same time? Evidence shows us that it isn’t possible. Leg spin in white-ball cricket is highly valued skill. With Shadab’s ability to spin it both ways, field like he does and has now added power to his batting, he has all the ingredients to become a world-class T20 operator.

If Shadab Khan is to play test matches, it has to be as a holding bowler who in the team as an all-rounder. Provided that his bowling in white-ball formats isn’t affected by his test experiment. It would be unfair to expect him to excel in both white and red-ball cricket. Pakistan generally play a relatively low number of test and T20 is where the money/fame is. It would be no surprise if Shadab prefers the shorter formats too as he is ideally suited for it. Misbah (if he stays in the job) and Shadab Khan need to sit down and chart down the way forward. Perhaps take on board Shahid Afridi to coach Shadab on increasing his pace without losing the spin. Carl Crowe, specialist spin bowling coach of Sunil Narine could also be brought in.

A muddled approach would harm Shadab and Pakistan. Role clarity for Shadab Khan is essential for sustainable success. From there he specialised support can be sought. The 21-year old is a special cricketer, Pakistan needs to maximize his output.