Kaneria, in an interview with an Indian TV channel, alleged that Shahid Afridi ill-treated him for being a Hindu and forced him to convert to Islam 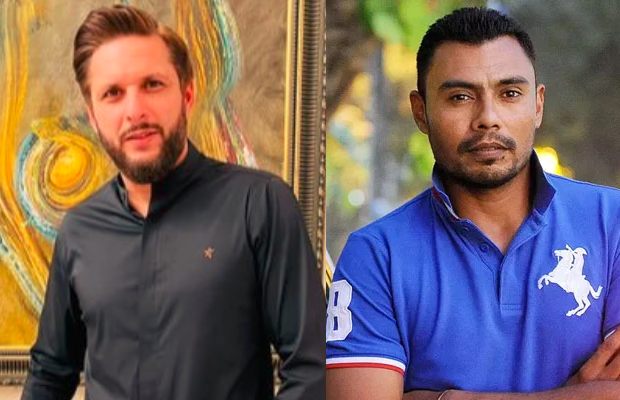 Shahid Afridi responds to Danish Kaneria’s allegations who recalled bitter memories with Shahid Afridi, in an interview with an Indian news channel.

Kaneria alleged that Afridi degraded him, tortured him, wanted to forcefully convert him, and ruined his career.

However, Kaneria is recalling his bitter memories after more than twenty years. And that too on an Indian channel sums up all!

Rejecting Danish Kaneria’s allegations, Shahid Afridi said that he, himself was trying to fully understand religion at the time what Kaneria is talking about. And look who is talking about this whose own character is doubtful.

Shahid Afridi said that Danish Kaneria defamed the country in the spot-fixing case and ended his cricket, accusing him of cheap fame and making money.

“Danish Kaneria was like my younger brothers and I played with him in the department for many years,” he said adding,” Now fifteen or twenty years later, why Danish Kaneria remembers these allegations, everyone knows what his role is.”

The former captain said that if my attitude towards Danish Kaneria was bad then why he did not complain against me to Pakistan Cricket Board or Habib Bank.

Former leg-spinner Danish Kaneria, who was convicted in the spot-fixing case, has alleged that being a Hindu, former captain Shahid Afridi’s attitude towards me was not right and he kept pressuring me to convert to Islam.

In an interview with an Indian TV channel, Danish Kaneria alleged that former chairman Ijaz Butt refused to accept my position and my cricket was over.

The former spinner further alleged that Shoaib Akhtar was the first to say this about Afridi on state TV,

“Pakistan team had big players, my problems have always been with Shahid Afridi because he is better than me in the team. They didn’t have an attitude and always tried to bring me down,” Kaneria said.

“Afridi is a big name in cricket. He was the captain of my department so he would let me sit outside the department,” he said.

“I had to play county cricket, if I didn’t play in the department then I would have problems in the county contract when Younis Khan became the captain in place of Shahid he let me play all the matches,” Kaneria went on to say.

Danish Kaneria alleged that even in fielding practice, Shahid Afridi used to hit him by passing sentences, which he ignored. “I didn’t even talk to them and stayed away,” he said.

“When Muhammad Yusuf converted to Islam, Pervez Musharraf supported me. At a dinner, President Musharraf said, ‘If anyone bothers you, tell me, I was disturbed because of Shahid.’

The former cricketer said that no one pressured Muhammad Yusuf to convert to Islam, becoming a Muslim was his personal decision, Shahid Afridi was told by other players not to bother him.

I am fortunate that all the players on the Pakistan team supported me. When I was banned for spot-fixing, Shahid Afridi said that the ban on Danish seemed right while he continued to support Muhammad Amir in a similar case.