The opener is now winning over detractors with his consistent performances 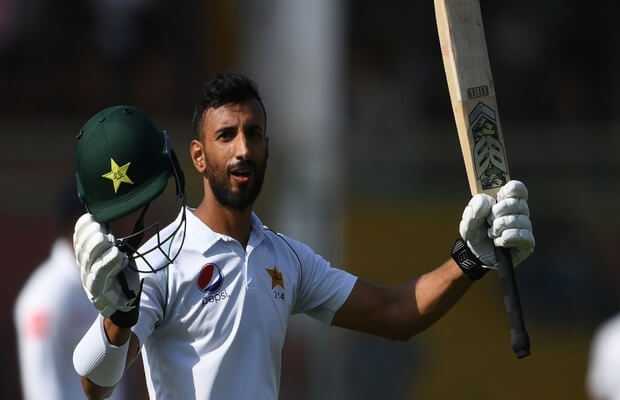 “No one should talk about his privilege…”

A fan of Shan Masood argued vigorously on a social media fan page. His background doesn’t matter, and we just need to focus on his current performances. This is a little odd but not so unfamiliar point of view. In a world where billionaires’ right to non-taxation gets more vocal support than a child’s right to food as he is dying on the street, it is no surprise that people want to forget how Shan Masood has got here.

Media relations thanks to on-point interviews (based on his grooming) give him many fans in the media. The story of a young Shan meeting doctor Nauman Niaz at the recommendation of a highly placed government official is well known. In the doctor’s words, Shan wanted projection. ESPNCricinfo’s writer’s exuberance for him can be gauged by the number of stories we read, praising him. Even the Wisden podcast mentions him every so often.

The background in English cricket certainly helps. Gary Palmer, the coach famed for resurrecting Alastair Cook’s career helped Shan get his game in order. In terms of fitness, which again is often linked to having the facilities and advice of experts, was never a problem. Shan Masood always looked the part.

But the left-handed’s fan following is quite recent. Shan Masood’s early debut was questioned by many. His domestic numbers didn’t justify the selection. He was subsequently dropped. His comebacks were questioned widely. Others like Sami Aslam were dropped without much cause. Wasn’t someone like Abid Ali more entitled to the number of chances Shan Masood got before he was able to find some consistency? Abid got three matches in two series and was discarded from the World Cup squad. Even after scoring a hundred on debut.

Before the 2019 World Cup, Shan Masood had a run of five ODI matches at his favoured number to prove his worth. Can we recall any other Pakistan cricketer getting this number of chances consecutively? Many cricketers have been dropped from one format after failing in another. But not, Shan.

In one series he was brought in because of his ‘experience’ in England. Having failed miserably against James Anderson, Sami Aslam came in the next third test match of the series and delivered. We don’t know much about what happened at the age and domestic level but it would be safe to assume, it wouldn’t have been too different. Without the scrutiny of media, it perhaps was even worse.

So, now that Shan has performed decently, should all be forgiven and forgotten? I would argue, that it is vital to remember the process. No other player deserves to face what Abid Ali or Sami Aslam had to go through.

Shan’s performance aged 29 and later proves that when initially picked, he wasn’t prepared. Having a rich and influential parent isn’t a crime. But when that influence is used to trample over others, we have a problem.

That is what the lesson here is. Shan Masood’s success doesn’t whitewash his past. His performances can be viewed in isolation, but not the path he was taken to reach this position.