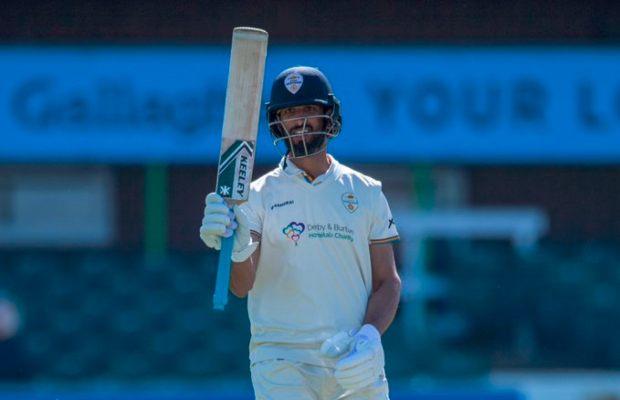 Representing county Derbyshire, Shan played a knock of 219 off 268 deliveries against Leicestershire on Friday to score his second consecutive double-century.

In the previous match, Shan had scored 239 against Sussex.

In the ongoing match between Leicestershire and Derbyshire, Shan Masood has once again proved to be a hard nut to crack and he successfully scored back to back a century.

Do yourself a favour and spend a minute watching Shan Masood bat 😍pic.twitter.com/Ga3guKCBzz

With the achievement, Shan Masood becomes the first Pakistani batsman to score two consecutive double centuries in two innings in the county championship.

Shan Masood becomes only the second Pakistan batter to slam successive double tons in first-class cricket after Arshad Pervez in 1977/8.

He is the first Asian to score back-to-back 200s in the county championship in 89 years.

The last was Iftikhar Ali Khan Pataudi in 1933.

The 32-year-old left-hand opener, Shan Masood made it to the international side after impressing consistently at junior-level cricket.