Shane Warne represented the Australian cricket team from 1992 to 2007. 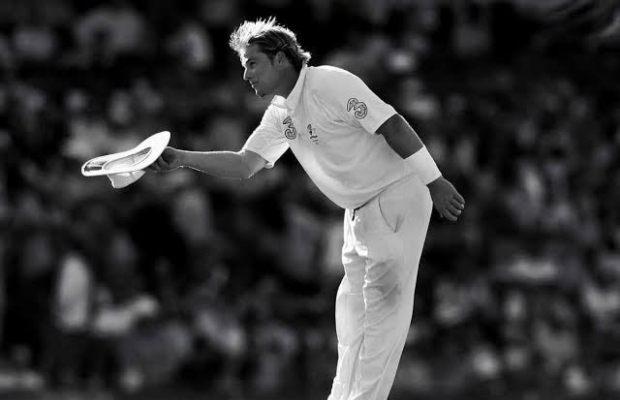 Shane Warne – arguably the greatest leg spinner of all time and one of the modern-day cricketing legends – is no more.

Shane Warne, 52, passed away from a suspected heart attack in Koh Samui, Thailand on Friday.

And life is unpredictable, who knew that Shane Warne will be accompanying Rod Marsh on the same day, as he mourned his loss in a tweet on Friday.

In his last tweet, Warne said, “Sad to hear the news that Rod Marsh has passed. He was a legend of our great game & inspiration to so many young boys & girls. Rod cared deeply about cricket & gave so much-especially to Australia & England players. Sending lots & lots of love to Ros & the family. RIP mate.”

Sad to hear the news that Rod Marsh has passed. He was a legend of our great game & an inspiration to so many young boys & girls. Rod cared deeply about cricket & gave so much-especially to Australia & England players. Sending lots & lots of love to Ros & the family. RIP mate❤️

Shane Warne represented the Australian cricket team from 1992 to 2007.

Shane Warne was named one of the Wisden Cricketers of the Year in 1994 and in 1997 and, in 2004 he was named Wisden Leading Cricketer in the World.

Warne was also a member of Australia’s 1999 ODI World Cup-winning squad and also played starring roles in the team’s five Ashes title wins between 1993 and 2003.

The cricketing fraternity mourns the loss of a true cricket genius.

Find it hard to believe. Such a devastating loss for the cricket world. He literally inspired generations with his magical leg spin. You'll forever be missed #ShaneWarne. My heart and prayers goes to his family, friends, and fans. #legend pic.twitter.com/pigrD785gC

Extremely sad to hear about the passing away of the legendary spinner @ShaneWarne @CricketAus. My heartfelt condolences to his family.
#ShaneWarne

Just heard the devastating news about legendary Shane Warne passing away. No words to describe how shocked & sad i am.
What a legend. What a man. What a cricketer. pic.twitter.com/4C8veEBFWS

Heartbroken on the sudden death of the legend #ShaneWarne 💔
prayers for his family and loved ones. He'll be missed 😞 pic.twitter.com/VDUrz9QrjA

Sad day for Cricket!
An iconic cricket player & mentor has left us.
Deeply saddened by this news.

My heartfelt condolences to his family, friends and fans all around the world 💔#RIPLegend#ShaneWarne pic.twitter.com/1msDev2JoF

A Big loss to World Cricket..
Extremely Sad to Hear the News of The Greatest Cricketer of All Time and The King of spin #shanewarne passed Away..He was Truly An inspiration for All the youngsters of Today's age.

Such shocking news. A legend has left us. Cricket is poorer today 😢 #shanewarne

It’s a sad day for world cricket. First the news of Rodney Marsh & now Shane Warne 💔 Heartbreaking! I have fond memories of playing with Warne. He was the king of spin & a legend of the game who’s gone way before his time. RIP. You will be missed 🙏🏻 my condolences to his family