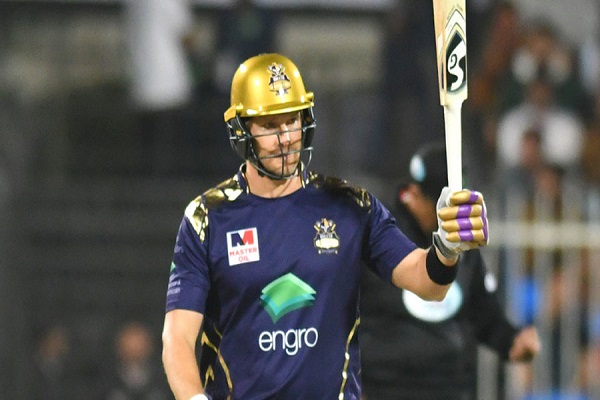 Shane Watson has announced retirement from the Big Bash League. Australian All-rounder has been captaining Sydney Thunder & has been part of the franchise since 2016. He was also part of Sydney Sixers and Brisbane Heat.

It was expected that he will play for another year, having signed a two year contract in 2018, however, he has decided to call it quits, to spend more time with his young family. His was in top class form this season, striking a 61 ball hundred against his former side Heat.

In three season he captained the Thunders and ended as the leading scorer for the franchise with 1014 runs at 26.68.

“I want to thank everyone from the bottom of my heart who has been involved with the Sydney Thunder over the last four seasons,” Watson said. “I will most definitely miss support that the club gets from the Thunder Nation. Their unwavering support through the ups and downs inspires everyone and I will cherish that support deeply. Finally, to my team-mates, I have played with so many great people and cricketers at the club and I sincerely wish everyone the absolute best for the upcoming seasons.”

“Shane Watson was one of the most exciting short-form players ever to grace a cricket field,” Roberts said.

“Talented, skillful and powerful, Shane was a devastating batsman at his best. In a career which spanned almost two decades Shane made a major contribution to Australian cricket firstly at international level and then in domestic cricket as a significant contributor to the Big Bash.”

Watson is currently playing for Chennai Super Kings in the IPL and has regained form after an iffy start. Meanwhile, Quetta Gladiators posted a congratulated message on social media. From that message, it does look like Watson has another year on his PSL contract. He was one of their top players in a Championship winning squad.