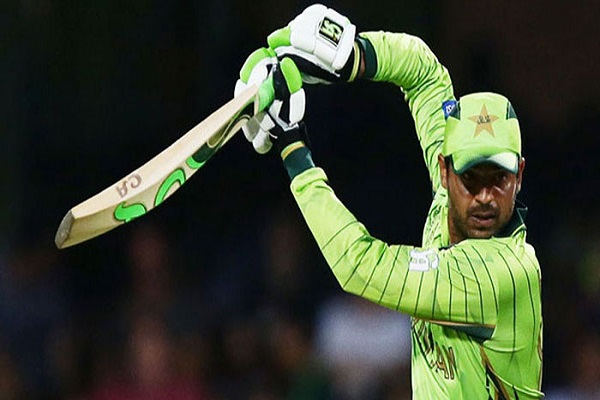 With two resounding victories against Test playing nations, Afghanistan has announced their arrival. Most people did not expect them to beat both Sri Lanka and Bangladesh, albeit a considerably weakened Bangladesh. No, now, they gone into the Pakistan game full of confidence and self-belief. While, on the other hand Pakistani batting simply collapsed against disciplined Indian bowling and the coach called them for not sticking to the plans. Not the ideal start, one would think.

So, how does Pakistan go into the match? Worried about the threat posed by the Afghan spin trio and the depth of the batting or believing in their own superior pressure match experience and ability (on paper at least). Afghans come into the game with some expectations. That brings its own pressures.

Pakistan, would have to change their plans a wee bit especially with the bat. The most potent force for Afghanistan is Rashid Khan. But his record reflects that he is much better against right hander as opposed to left handers. As per IPL 2018 stats, he goes for less than 6 RPO against right handers and more than 11 against left handers. If Pakistan include Harris Sohail in the 11, there will be 4 left handers in the top 8. Imam ul Haq will have to play the anchor role & Fakhar would have to curb his natural instincts to delay his assault. Harris Sohail could bat 3 if Rashid comes on to bowl early.  Against Afghanistan, with the bowling attack Pakistani have they won’t need 320. A 260 should be enough. Hence, the role of Asif Ali becomes redundant.

Mujeeb is also a threat but not as lethal as Rashid. If given due respect, he is not as effective as a wicket taking option. This leaves us 30 overs. While, Nabi is a cunning bowler, one would hope Shoiab Malik and Babar Azam would have little problem going a run a ball against him. None of the fast bowlers are very threatening either. They bowl their lines and wait for a batsman to make a mistake under scoreboard pressure. If Pakistani bowling fires, there shouldn’t be any, scoreboard pressure. If we bat 1st, the aim shouldn’t be too high. Pakistan have the bowling to defending a 220 against thing Afghan side. Pakistan should have this one. We expect them to bounce back, with vengeance.