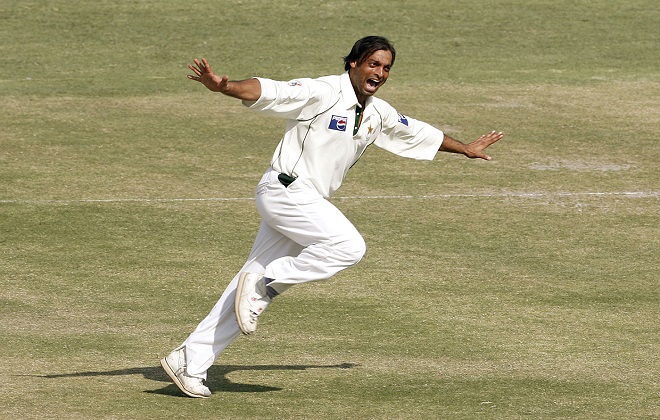 South Africa and Australia remain of the most challenging places for Pakistan cricket teams. Our record, especially in South Africa is abysmal. Our batsmen flinch at the bounce and movement on offer, while our bowler struggle to take advantage of those conditions. We have tasted victories only twice, one in 1998 and once in 2007. Interestingly, both came on the back of a Shoaib Akhtar’s magic spells.

Back in 1998, Azhar Mehmood special in Durban gave Pakistan a decent score. Scoring 132 runs, the all-rounder took Pakistan from 153-8 to 259. Shoaib Akhar contributed only 6 runs but stuck around for 21 balls to support Mehmood. However, he delivered a brutal spell picking up 5 for 43 in 12 overs to give Pakistan a 28 run lead. Eventually, Pakistan won the game by 25 runs.

He picked up Kallis, Hudson, Boucher, Klusener, PS de Villiers in a breathtaking spell which are quite rare in modern day cricket. They say it was Kolkata, where Shoaib announced his arrival. However, for cricket followers it was in Durban that the legend was born. A fast bowler, who can out of nowhere change the course of a match. Saeed Anwar furthered Pakistan’s advantage with a 3rd innings hundred and Mushtaq Ahmed picked up 6 to take Pakistan home. But it was Shoaib’s five wickets, which put Pakistan in the ascendancy. A position, we seldom take in Tests in South Africa.

Fast bowler 9 years to 2007. Pakistan, under Bob Woolmer and Inzamam-ul-Haq kept Shoaib Akhtar out of the team for long. They suspected his fitness, attitude and perhaps him being a ‘fit’ in the captain’s religious voyage with the team. However, when Shoaib was fit and got a chance, he performed well. One of the best spells came in Port Elizabeth, in the 2nd test.

Having lost the 1st test, Pakistan cricket board sent Shoaib Akthar to South Africa, perhaps against the wishes of the captain.  Shoaib, perhaps angry, perhaps frustrated took it all out on the opposition. AB de Villiers, was caught behind, as the ball skidded off the wicket. Hashim Amla was also a victim of short pitch balling, as he was strangled down the leg side. Jacques Kallis, got the best ball of the innings. Bowled from wide of the crease, Shoaib made the ball leave from off stump. The ball moved just enough to take the outside edge and settled into Kamran Akmal’s hands. It took the sting out of South Africa’s innings. The last threat was Shaun Pollock. Shoaib had him with the bouncer-fuller one trap. The mighty South Africans were bowled out of 124.

Ironically, Shoaib had to sit out in the 2nd innings due to injury. An on screen pavilion spat with coach Bob Woolmer made a lot of news back home. But with Inzamam’s best innings in South Africa